Figures that have done a number on Greek life 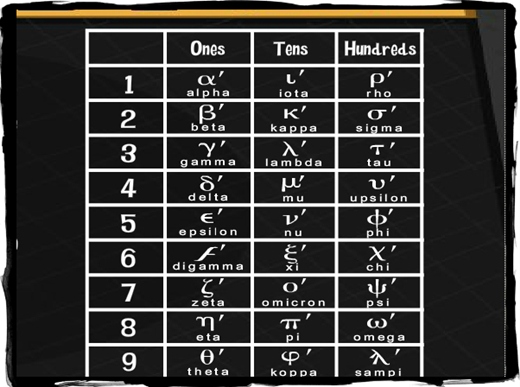 Official statistics released in Greece show that people are crunching a set of new numbers in the wake of the country’s debt crisis.

When talking about the Greek numerals, what crosses anybody’s mind is alpha, beta, theta, etc. which featured in chemistry, math and geometry courses back in school days. The following is the translation of a report on Greek numbers, of different kinds of course, Tejarat-e Farda (Tomorrow’s Trade) magazine published in its 123rd issue:

In modern-day Greece in the aftermath of a crippling economic crisis, people seem to be dealing with new figures.

25 percent: Since mid-2008, which marked the start of a monetary crisis in Greece, the country’s economy has contracted by as much as 25 percent compared with its heyday.

25.8 percent: According to the figures put out by the National Statistical Service of Greece, 25.8 percent of people are jobless (1.2 million were unemployed in Greece as of October 2014).

Third ranking: Eurostat, the statistical office of the European Union, has said that Greece ranks third in Europe in terms of the number of people who are at risk of poverty and social deprivation.

23.1 percent: In 2013, around 23.1 percent of the Greeks were at risk of plunging into poverty, according to Eurostat.

33.5 percent or €77 billion: The Bank of Greece says that the volume of outstanding loans – those which remain overdue for more than three months – stands at €77 billion ($89.380 billion).

€70 billion: According to the Bank of Greece, the approximate capital outflow of the country’s banks has exceeded €70 billion over the past five years.

One-fourth: The National Hellenic Research Foundation (NHRF) says one out of four middle and small businesses in the country has been closed down since 2008. It has also estimated that the number of closed businesses in Greece stands at 230,000.

Nine-fold: Tax payments by the self-employed increased nine-fold in 2014, according to the Greek Parliament Budget Office.

Seven-fold: Tax payments by state employees and retirees have increased 7-fold compared with the amount they paid in 2009, according to the Greek Parliament Budget Office.

23 percent: The Greek Parliament Budget Office says that the value added tax for a number of goods has increased 23 percent. This comes as the average VAT is 2.5 percent in EU countries and 21.5 percent in the Euro zone.

One-hundred thousand: Based on new stats released by the Faculty of Economic Studies and Political Science at Alexandria University, up to 100,000 Greek scientists and researchers have left their homeland for foreign countries.