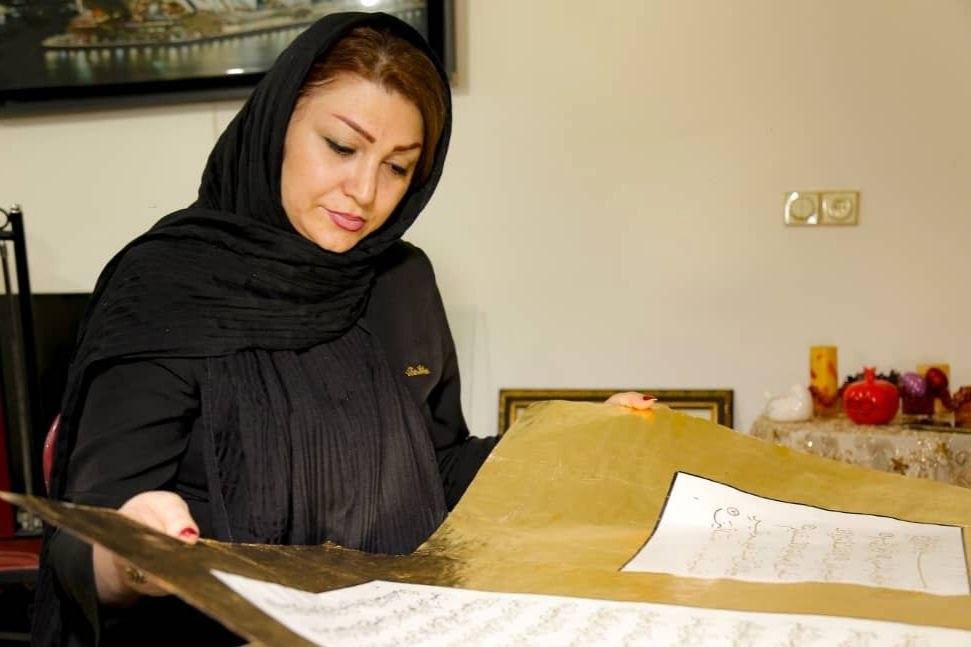 An Iranian calligrapher, who is said to be the second female calligrapher of the Muslim world, has written the entire Quran in the naskh style of calligraphy using gold ink.

Maryam Kazemi Savadkouhi says she is the only female calligrapher who has inscribed the holy book of Muslims with gold ink.

Speaking to Honar Online news agency, Kazemi said she had worked about a year round the clock to prepare this version of the holy book.

“It is a valuable work of art that should be preserved. Except for the binding, which was carried out by Ali Behdani, the entire job has been accomplished by me,” she noted.

“I felt I need an everlasting work of art in my career. Therefore, I came to the conclusion that I have to inscribe something which gives me peace of mind. The inscription of the Holy Quran was of great importance to me and I think I will see its divine impacts on my life,” she added. 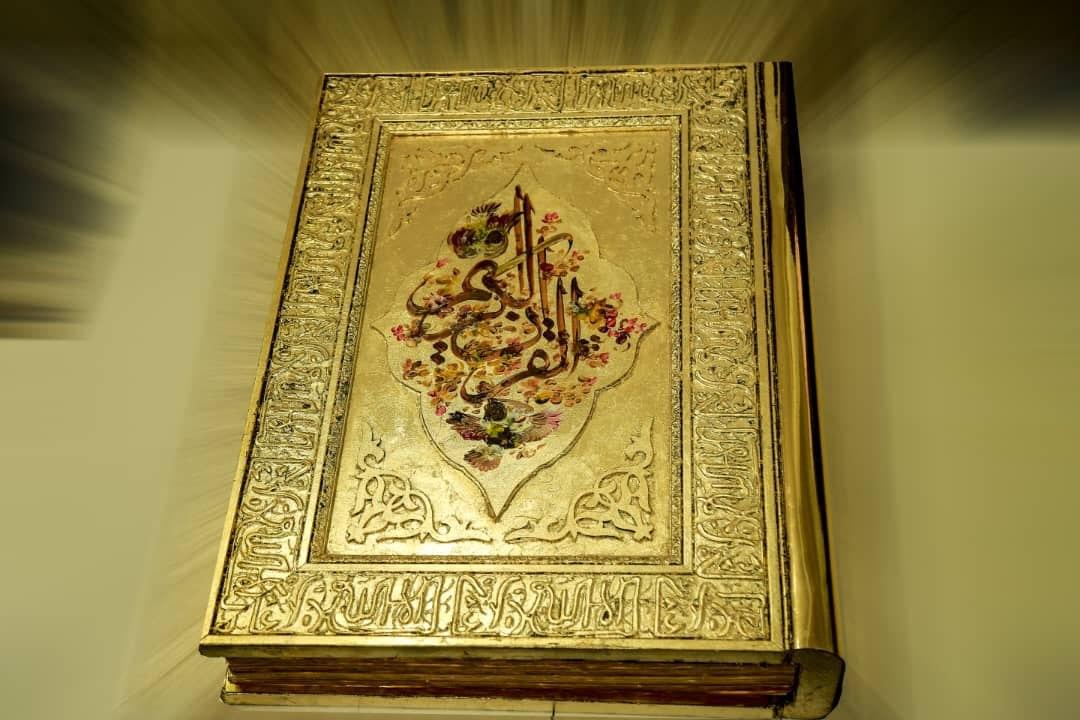 The work has been written with gold ink and all the verses are inscribed with gold leaf glue. Each page measures 50×70 centimetres painted with saffron. It also has a very unique cover, which is painted with images of flowers and birds at the beginning and the end.

Kazemi added that she chose the naskh style of calligraphy because it is quite familiar for Quran reciters.

“For writing this work, I used the samples of Professor Ahmad Neirizi. There are 12 lines in each page, but there is no translation. As is customary for inscribing Quran, I used a metal pen to make all its pages uniform from the beginning to the end. I used a special paper on which there is a beautiful gilding, and then a gold leaf is engraved on them.”

Maryam Kazemi Savadkoohi is an experienced artist in the field of calligraphy. She has been creating calligraphy for the past 30 years and has also held several solo exhibitions of classical calligraphy and painting.

The tradition of inscribing Quran, especially by Muslim women, has existed since the beginning of Islam, and by reviewing the history, one is confronted with some of the most famous women who were inscribing religious texts. Inscribing Quran by women began with Khadijah al-Kubra (SA) and Fatemeh Zahra (SA). It continued in the middle centuries of Islamic history with Umm Salama up to the present day. There are many female calligraphers and inscribers in the Iranian history. In different historical periods, Iranian women have inscribed Quran, some of which have become more enduring. Among them are Zumard Malak, daughter of Sultan Mahmoud, and Ziaʾ al-Saltaneh, daughter of Fat’h Ali Shah.

However, none of these female calligraphers wrote out the entire Holy Quran. For the first time in the 1970s, Fariba Maqsoudi, inscribed the entire Quran in Nastaliq script in three years. In 1997, she received a plaque of appreciation from the President and a letter of appreciation from the Leader of the Islamic Revolution at the International Exhibition of Memorisation and Recitation of the Holy Quran.