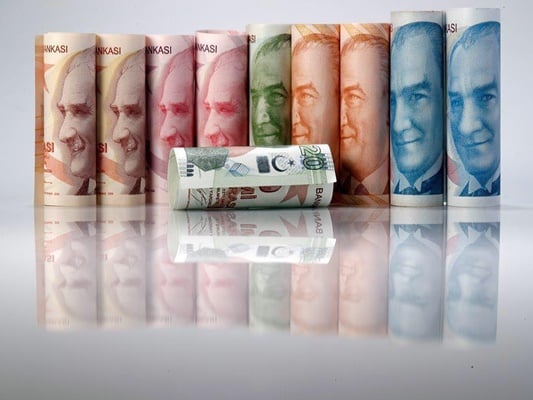 A complicated plot hatched by the Foundation for Defence of Democracies (FDD) and the funds provided by the UAE and Saudi Arabia have been at work to decrease the value of the Turkish national currency, a media report claims.

The Fars News Agency has, in an article, discussed a complicated plan to bring down the value of the Turkish lira similar to the plot hatched to devaluate the Iranian rial. The full text of the article follows.

In summer 2011, grim news was reaching Tehran. Reports were flying around in the Iranian capital that the UN Security Council had been issuing back-to-back resolutions against Tehran and that pressures on Iran were building up day by day.

Amid all this, Iran’s economic enterprises had seriously set their eyes on neighbouring countries, and Turkey was the most important entity that could mitigate the pressures exerted on Iran due to oil and monetary sanctions. Moreover, Turkey was a key importer of oil and natural gas from Iran.

All these events led to the creation of a covert channel to make payments, which eased Iran’s financial problems until 2013.

Now several years on, Turkey has come down with a monetary crisis which has seen the value of the Turkish lira drop by 40%. At first glance, maybe there seems to be no connection between two sagas unfolding in Turkey, i.e., the exchange of foreign currency led by Turkish-Iranian gold trader Reza Zarrab and the plunge in the value of the Turkish national currency. However, the reality is that these two developments are mysteriously intertwined with other stories such as the exchange of natural gas and gold between Iran and Turkey, the 2016 failed coup in Turkey, the United Arab Emirates and several other events. Breaking this complicated story into its discrete building blocks can help figure out what is really happening in Turkey.

In 2011 when the first flames of Islamic awakening began to rise in Tunisia before spreading to Egypt and Libya, it was Abu Dhabi and Riyadh as capitals of two Arab kingdoms that were concerned about the rise of Muslim Brotherhood to the peak of ruling the Arab world. By then, not only had Iran’s sphere of influence and worries over the establishment of a Shia Crescent grown, but chaos had struck the heart of the Sunni world as well.

Amid those developments, Turkish President Recep Tayyip Erdoğan was the happiest of all as he was witnessing entities with viewpoints similar to his were gaining power. As a case in point, he mobilized all of Turkey’s intelligence and military potentialities with the covert cooperation of the US to support Muslim Brotherhood in Syria and topple Bashar Assad. Saudi Arabia, too, continued to support the Syrian opposition with full force to make the situation more difficult for Iran. Meanwhile, the United Arab Emirates (UAE) chose a more complicated path.

In 2012, UAE Foreign Minister Abdullah bin Zayed Al Nahyan had a secret meeting with Israeli Prime Minister Benjamin Netanyahu in New York. It took several years until Saudi Arab and the UAE’s the secret relationship with the Israeli regime came to light.  However, one of the key results of this connection was the establishment of a close relationship between the Foundation for Defense of Democracies (FDD) and the UAE.

The incident where the UAE ambassador’s emails were hacked and FDD Chief Executive Mark Dubowitz’s emails were published showed the two had very close cooperation. Common interests shared by the UAE and the Tel Aviv regime in countering Iran, the promotion of cooperation against Muslim Brotherhood and dealing with Hamas have led to the creation of joint work between the two.

To explain what the FDD is, one can say that its major sponsor is Sheldon Adelson, a casino owner and supporter of US President Donald Trump. Based on a report sent to the US Treasury by the FDD, the UAE is also on the list of the major sponsors of this foundation.

When the UAE began to start cooperation with the FDD through Netanyahu, the foundation was pursuing a plan to use unilateral sanctions to counter Iran’s activities to develop its nuclear program. Interesting enough, Zarrab was, at the time, clearing Iran’s forex debts to its customers by importing gold from New Guinea and changing it to dirhams.

This issue was never brought up at Zarrab’s trial chaired by Judge Richard Berman, and it was only Hakan Atilla, the deputy governor of Halkbank, who received a 25-year jail term. The story of the FDD and Turkey was tied to Turkey’s financial sector only when Jonathan Schanzer and Mark Dubowitz in a memo published on Foreign Policy journal dated December 25, 2013 revealed a plan to transfer the revenues from Iran’s oil and natural gas exports to an account related to Iran in the form of gold.

The article claims that Turkey’s Halkbank transferred around $ 119 billion in earnings from Iran’s oil and natural gas exports. The report was part of a storm of reports published in that regard, a storm that Turkish officials blamed on a TV network affiliated with Turkish dissident Fethullah Gulen. Still, a more severe blow was dealt to the Turkish banking system when Hakan Atilla was arrested in the United States and Reza Zarrab turned himself in to American authorities.

Judicial proceedings on the case are still underway and some stories suggest Halkbank has received $27 billion in fines, which could deal a heavy blow to Turkey’s banking system. What is interesting is that in Reza Zarrab’s trial, Dubowitz was one of the witnesses who gave testimony on behalf of the US government against Zarrab.

Still, the foundation continues to commit acts of sabotage, which culminate in the 2016 coup. One thing is evident in the published emails belonging to the UAE ambassador to the US, and that is this country was clearly making every effort to influence the coup d’état in Turkey.

When Turkish officials explicitly spoke of a three-billion-dollar fund allocated by an Arab country to the coup in Turkey, all eyes turned to the UAE.

Of course, the UAE had other reasons to be willing to topple the government of Erdogan, and that was the alliance of Turkey and Qatar in countering the blockade on Saudi Arabia and the UAE.

Even when Arab countries decided to capture Qatar, and Tillerson managed to dissuade them from doing so by threatening them, it was the UAE’s“ crown prince that was enraged at Washington’s interference.

When the coup d’état in Turkey was aborted after plans to target Erdogan’s plane failed and his supporters turned out in the streets in droves, Arab-language media such as Sky News, one of whose major shareholders was the UAE, claimed that the putschists had emerged victorious. Also, a meeting on the future of Turkey in the post-Erdogan era held with FDD-backed Gulen advocates in attendance and with the financial support of the UAE showed how deep that relationship was.

Anyway, the failure of the 2016 coup showed how tough Erdogan is. Nevertheless, the course of events still indicated that an intelligence war against the Turkish government was going on. The most important turning point was a second meeting between Israeli and Emirati officials in New York. Amid those developments, the victory of Donald Trump in the US presidential election increased the FDD’s role in determining the policies related to the foreign policy of the US, namely Trump’s withdrawal from the Iran nuclear deal.

What is interesting is that later on, a report on an investigation by Muller into alleged collusion in the US presidential election revealed that extensive consultations between the UAE, Saudi Arabia and the Israeli regime had been going on with the Trump team.

It seems that this was the reason why the tone of the FDD’s reports against Turkey got harsher, so much so that Dubowitz, in a meeting held in early 2018, straightforwardly referred to Iran’s experience in Turkey and using economic tools against Erdogan. This is a strategy that has come to bear down on Erdogan sooner that what he thought.

A glance at the activities of an FDD working group on Turkey issues shows that the foundation’s stance has become much harsher in recent years, especially after the 2016 coup. For example, the FDD, in a 2017 report, refers to the dire situation of Jews in Turkey and accuses it of indifference toward anti-Semitic attacks by Turkish nationalists.

The report compares growing anti-Semitic attacks on synagogues and Jewish sites to the 1955 attacks on dozens of synagogues, describing the raids as a prelude to a kind of ethnic cleansing.

The report draws the conclusion that the Turkish indifference and, in fact, contribution to the anti-Semitic moves and refusing to prosecute perpetrators can jeopardize peaceful coexistence among different historical religions in Turkey and turn into a major threat to peace in the country.

Even after the arrest of American pastor Andrew Craig Brunson in Turkey which led to the widening of a covert rift between Washington and Ankara, it was FDD authorities that called for the US government to seriously deal with the situation and slap tough sanctions on Turkey.

Jonathan Schanzer wrote in an article that All Americans should remember the name “Brunson” and know that the Erdogan government is an enemy of democracy.

Of course, the harsh stances adopted by the FDD so far has led to the boycott of two Turkish officials and has not harmed the Turkish government’s financial channels at all. But why has the Turkish lira got stuck in such an ordeal?

In order to have a better grasp of the UAE and FDD’s possible contribution to a drop in the value of the Turkish lira, we should take a look at the expansion of economic cooperation between the two countries, especially in the field of foreign investment.

It is an undeniable fact that the UAE and Saudi Arabia are both major foreign investors in Turkey and tourists from those countries contribute heavily to a rise in the forex income of Turkey as a Muslim country which boasts numerous tourist attractions.

But is the two countries’ contribution to foreign investment in Turkey so much that cooperation between them can disrupt Turkey’s monetary sector to such an extent? What role does Halkbank play in this disorder and how has the FDD entrapped the Turkish lira by mixing important parts of these elements at as sensitive juncture?

In our next report, we will take a look at how this saga has unfolded and how the same tool has been used in similar cases, namely Iran and other independent states as well as important global crises.