Fate of UK Tanker Not Linked to Gibraltar’s Release of Iranian Tanker: Tehran 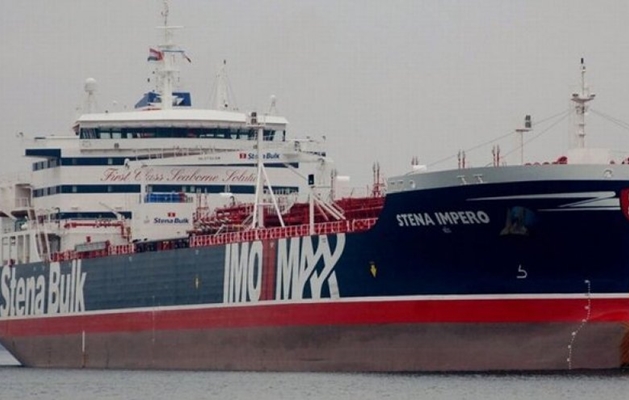 Iran's Foreign MInistry Spokesman Seyyed Abbas Mousavi says the fate of the 'offending' British oil tanker Stena Impero, which is impounded in Iran, is not at all related to the recent move by Gibraltar to release the Iranian oil tanker Adrian Darya (formerly Grace-1).

Mousavi told a Monday press briefing that the British oil tanker must await a court ruling, and its possible release depends on the court’s decision.

He also expressed hope that the legal proceedings would be over as soon as possible.

Last month, Tehran impounded a British-flagged ship in the Strait of Hormuz for failing to stop after hitting an Iranian fishing boat in violation of international maritime rules.

The move came after the UK Royal Marine forces’ seizure of an Iranian oil tanker, Grace-1, in Gibraltar on the false pretext of violating the EU sanctions against Syria by trying to deliver oil to the Arab country.

There were speculations regarding a swap of tankers, but Iran categorically denied the rumours, arguing that the UK’s seizure of the Iranian tanker has been unlawful. Finally Gibraltar released the Iranian tanker on Thursday, but the UK tanker is still impounded in Iran.