Extremism in Mideast Legacy of US, Israel: Iran DM 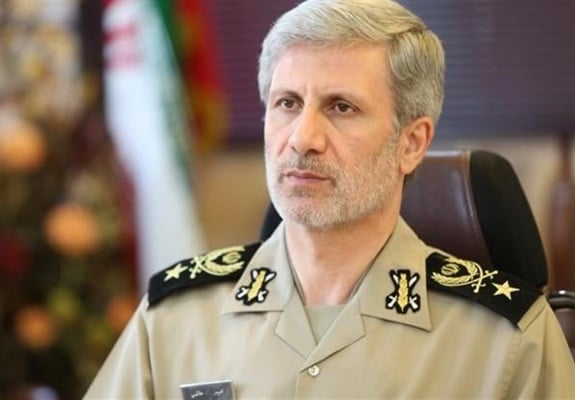 Iran’s defence minister says extremism in the Middle East is a result of the policies pursued by the United States and the Israeli regime.

Speaking in a Thursday meeting with his Kazakh counterpart Saken Zhasuzakov in Moscow, Brigadier General Amir Hatami said extremism is a legacy of the US and the Israeli regime in order to secure their interests in the region.

“Cashing in [on the situation] and taking advantage of terrorist groups to loot the riches of the regional countries have always been among the objectives of hegemonic powers,” said Iran’s defence chief.

He highlighted the danger posed by extremism and terrorism in the region, saying, “As we have a precise understanding of the root causes of terrorism and its different dimensions, we helped Syria and Iraq, with all our power, in the fight against terrorism, so that they would be able to eradicate terrorism in their countries,” Hatami added, according to a Farsi report by Tasnim.

During the meeting which was held on the sidelines of the Moscow Security Conference, the senior Iranian official also touched upon the religious, cultural and historical commonalities between the two countries and described the enhancement of bilateral ties as important.

“Kazakhstan plays a key role in establishing stability and security in the region, contributed to the nuclear talks [between Iran and six world powers] and the Astana negotiations [on Syria] and managed to discharge its responsibility,” said he top general.

He said Tehran-Astana cooperation in international circles could set a good example of bilateral ties in the region, and stressed the need for such cooperation to continue.

The Kazakh defence minister, in turn, described as “significant” cooperation among regional countries, especially Russia, Iran and Turkey, to fight terror and prevent a flare-up of the crisis in Syria.

Zhasuzakov said insecurity in the region is a scourge for all countries, expressing hope that the countries in the Middle East will be able to take greater steps toward promoting mutual cooperation in political, military, economic and other areas.

In the meeting, the two sides reached agreements on the enhancement of relations in the defence-security domain.