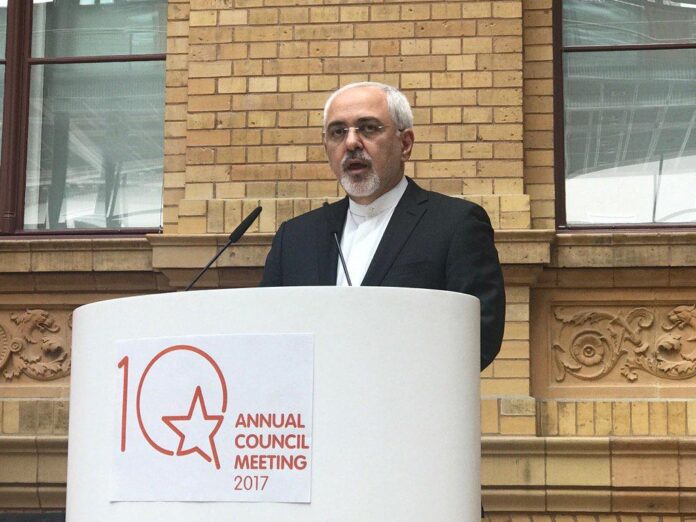 Addressing the ECFR 2017 in Berlin, Iranian foreign minister has noted Europe has the capability to help resolve the ongoing conflicts in the Persian Gulf region, as it did in the case of Iran nuclear deal.

“Europe has the capabilities and values to help resolve Persian Gulf conflicts,” Foreign Minister Mohammad Javad Zarif said in a Monday address to the European Council on Foreign Relations (ECFR) in Berlin.

“With the nuclear issue we had a lose-lose game with the US until we redefined the problem with Europe’s active participation,” the Iranian foreign minister added.

“The nuclear deal between Tehran and world powers worked because it was a victory for all. We must remember the importance of positive-sum thinking,” he went on to say.

“We have to abandon delusions of zero-sum foreign policy, that geography can be changed, and that we can overcome our neighbours,” Zarif noted. 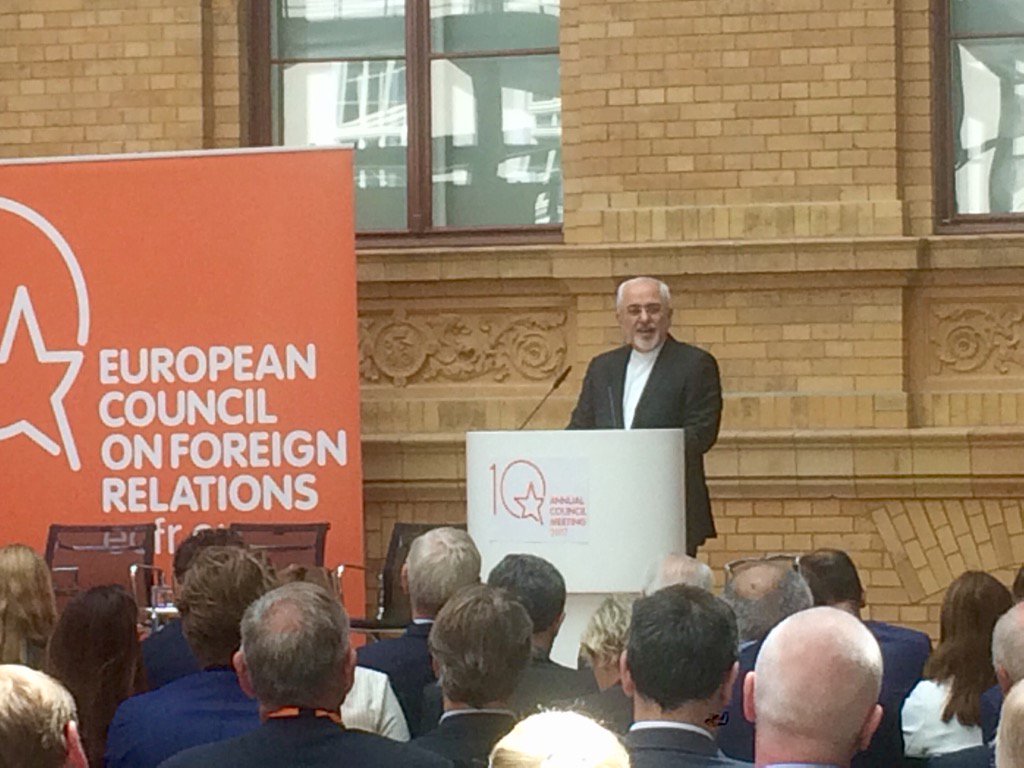 “Our region needs a regional security framework. Europe should work on establishing such a framework,” he added.

Zarif stressed that “we need a Persian Gulf regional security forum to promote dialogue over demonization.”

The Iranian foreign minister further pointed to the countries who claimed that Iran and Qatar were supporting terrorism, saying they were trying to shun responsibility for their own failures in addressing the demands of their own people.

“One day it’s Iran, today it’s Qatar,” Zarif said, adding, “It’s an attempt to evade responsibility, escape accountability for this very fundamental … failure of the state system to address, to respond to the demands of its population.”

He said no one can purchase its security from outside, and that foreign policy is not a commodity.

“Arms deals are not partnerships. […] Too many are afflicted by the misconception that security can be purchased.”

“When foreign policy becomes a commodity, then purchasing military equipment becomes your yardstick for measuring who is a terrorist or who isn’t a terrorist,” the Iranian minister added.

Zarif went on saying that the discourse of blame promoted by Saudi Arabia is very much similar to that promoted by the ISIS terrorist group.

“Personal hope is the crucial ingredient for social and international stability. Hopelessness leads to hate,” he added.

The countries in the Middle East have failed to address needs of populace to participate in national life, and this leads to violent reaction of youth, the Iranian top diplomat noted.

“The discourse of hate and discourse of exclusion in our region can be exported worldwide creating disaster beyond what you imagine,” he stressed.