EU Says Iran’s Enrichment Plan Not in Violation of JCPOA 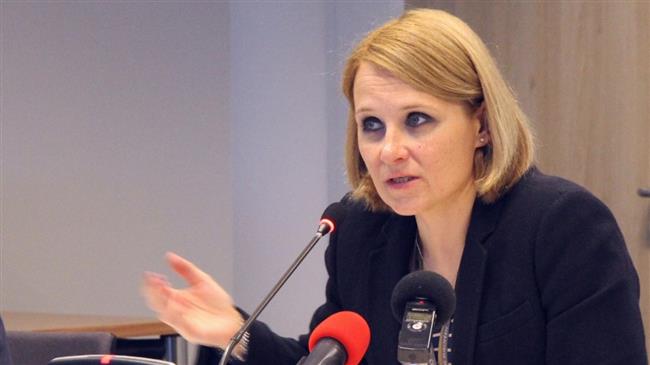 The European Union says a "first assessment" indicated that Iran's declared intention to increase uranium enrichment capacity did not violate Tehran's commitments under a landmark nuclear agreement it signed with major world powers in 2015.

A spokeswoman for the European Union foreign policy chief Federica Mogherini said on Tuesday that Iran’s decision did not constitute a breach of the nuclear agreement, officially known as the Joint Comprehensive Plan of Action (JCPOA).

“Following a first assessment, the announced steps per se are not a violation of the JCPOA,” Maja Kocijancic told AFP.

“However, at this particularly critical juncture, they will not contribute to build confidence in the nature of the Iranian nuclear program,” she claimed.

The European Union is working to save the agreement after US President Donald Trump’s move to withdraw from it. Since the US president pulled Washington out of the historic nuclear deal, European countries have been scrambling to ensure that Iran gets enough economic benefits to persuade it to stay in the deal. The remaining parties have vowed to stay in the accord.

The Atomic Energy Organization of Iran (AEOI) said on Tuesday that the country has begun work to prepare the infrastructure for building advanced centrifuges at its Natanz enrichment facility, while respecting its commitments under the JCPOA.

“Yesterday, we took the first step and submitted a letter to the International Atomic Energy Agency (IAEA) on the start of certain activities, but we started to take the necessary practical measures today,” Ali Akbar Salehi, the AEOI chief, told a press conference in Tehran.

He made the announcement less than a day after Leader of the Islamic Revolution Ayatollah Seyyed Ali Khamenei ordered the AOEI to make preparations for enrichment of uranium up to a level of 190,000SWU (separative work unit) without any delay in case of a potential collapse of the Iran deal.

Stressing that the Iranian nation and government cannot tolerate to be both sanctioned and be put in the “nuclear custody,” Ayatollah Khamenei ordered the AEOI to take rapid steps to make preparations for starting uranium enrichment “up to a level of 190,000SWU for the time being within the framework of the JCPOA” and take other preliminary steps that the president has ordered from tomorrow.

The US president announced on May 8 that Washington was walking away from the nuclear agreement, which was reached between Iran and the five permanent members of the UN Security Council – the United States, Britain, France, Russia and China – plus Germany.

Kocijancic further said, “As stated repeatedly, we expect Iran to stick to all its JCPOA commitments, to be monitored by the (International Atomic Energy Agency) IAEA, as it has been doing so far and has been confirmed by the IAEA in 11 consecutive reports.”

“The IAEA is the only body in charge of the monitoring and verification of the implementation by Iran of its nuclear-related commitments under the JCPOA,” she added.

Speaking on Monday at the first meeting of the IAEA’s Board of Governors since the US withdrawal from the landmark nuclear deal, the IAEA Director General Yukiya Amano reaffirmed the agency’s accesses to all the required nuclear sites in Iran, calling on Tehran to ensure “timely and proactive cooperation” with inspections under a 2015 nuclear agreement with world powers.

“As stated in my latest report to the Board [of Governors], the agency has conducted complementary accesses under the Additional Protocol to all the sites and locations in Iran which we needed to visit,” Amano said in his introductory statement to the Board of Governors.

In separate letters to his counterparts in various countries, Iran’s Foreign Minister Mohammad Javad Zarif said all members of the international community must stand up to US law-breaking behavior, bullying and disregard for the rule of law after Washington announced it was withdrawing from the JCPOA.

Zarif warned of the dangerous consequences of the US “illegal and unilateral” move to pull out from the nuclear agreement and said, “Illegal withdrawal of the US government from the JCPOA, especially bullying methods used by this government to bring other governments in line, has discredited the rule of law and international law at international level while challenging the goals and principles of the Charter of the United Nations and efficiency of international bodies.”