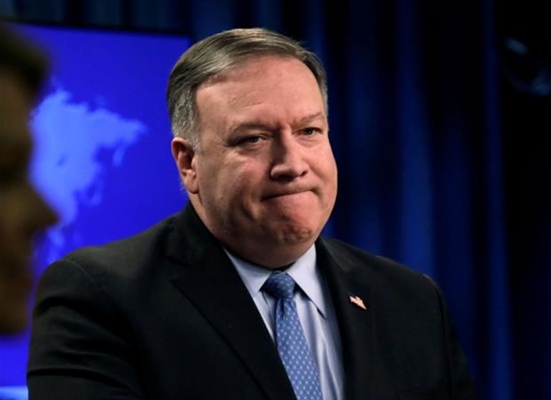 European leaders who gathered in the Belgian capital Brussels on Monday to discuss relations with Iran have dealt a heavy snub to US Secretary of State Mike Pompeo, who showed up at the meeting unannounced to muster support for Washington’s anti-Iran agenda.

Pompeo boarded a plane on Monday to crash the meeting of his European counterparts, who had called an emergency meeting to save the 2015 Iran nuclear deal after Tehran indicated that it was running out of patience with their inaction in the face of US pressure.

But what came in response to the top US diplomat’s last-minute decision was far from what he would have ever imagined.

The EU leaders gave Pompeo the cold shoulder before he even landed, with EU Foreign Policy chief Federica Mogherini saying that she would only meet with Pompeo “if we manage to arrange a meeting” on her busy schedule.

The next snub came from Pompeo’s British, French and German counterparts who said they would only meet him one-on-one, refusing to give him a symbolic group meeting.

After all, the image of three major European leaders rushing to meet Pompeo on an unannounced visit would have sent all the wrong messages of accord and closeness at a time that Washington is chasing away even the closest of its allies under President Donald Trump’s unique style of leadership.

Speaking of images, one diplomat told the Wall Street Journal’s Laurence Norman said that some European officials made a point of snubbing Pompeo by refusing to appear next to him in photographs.

“He wanted a photo op,” the official said. “We declined and stuck to the plan.”

Pompeo tried to contain the damage in an awkward manner after Mogherini apologized to him for not meeting him collectively.

Unlike the United States, the EU showed with the recent meeting that it had taken Iran’s message by heart and was exploring all possible ways to meet Iran’s demands and prevent further unraveling of the landmark nuclear accord.

This was best echoed by British Foreign Secretary Jeremy Hunt, who said: “‘We are very worried about the risk of a conflict happening by accident, with an escalation that is unintended really on either side.”

‘‘What we need is a period of calm to make sure that everyone understands what the other side is thinking. Most of all, we need to make sure we don’t end up putting Iran back on the path to renuclearization.’’

Fed up with Europe’s inaction in the face of US pressure to affect Iran’s economy and zero out its oil exports, Tehran announced last week that it was reducing its commitments under the nuclear deal, known as the Joint Comprehensive Plan of Action (JCPOA).

Tehran has given the EU only 60 days before taking further steps, making it clear that nothing is off the table including complete withdrawal from the accord.

The meeting came amid security tensions in the Middle East region, which reached a new peak after the UAE announced Sunday that a number of vessels had been attacked by acts of “sabotage.”

‘‘I once again made it clear that we are concerned about developments and tensions in the region,’’ German Foreign Minister Heiko Maas said after meeting with Pompeo.

European leaders have asked Iran to exercise restraint while they try to figure out a way to save the nuclear deal and deliver on their pledges of trade with Iran while also protecting their businesses from an all-out economic war by Trump, who has warned all allies against doing business with Iran.