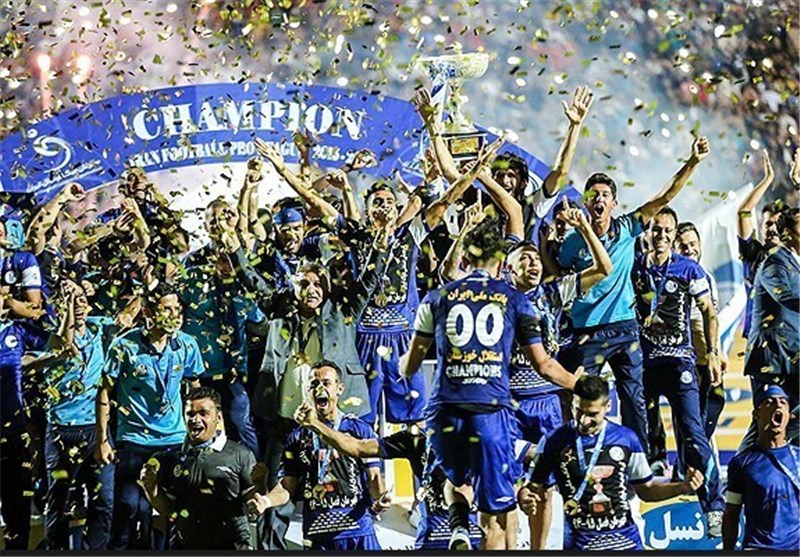 Esteghlal Khuzestan won the title of the 15th edition of the Iran Professional League (IPL) for the first time on Friday.

The Ahvaz-based football team defeated Zobahan 2-0 at the Ghadir Stadium and won the title with the superior goal difference over Persepolis.

Mehdi Zohaivi scored twice for Esteghlal Khuzestan in the 56th and 59th minutes.

In Tehran, Persepolis defeated Rah Ahan 2-1 in front of more than 100,000 spectators but finished in second place because of an inferior goal difference to Esteghlal Khuzestan.

Ramin Rezaeian and Ahmad Nourollahi, who came off the bench, scored for Persepolis in the 82nd and 85th minute but Mehrdad Mohammadi reduced the deficit with one minute remaining.

Esteghlal came third after being held by Saba in Qom.

Mohammad Ghazi gave Saba the lead in the 28th minute but Omid Ebrahimi equalized the match from the penalty spot five minutes later.

At the end of the competition, Esteghlal Ahvaz, Rah Ahan and Malavan were relegated from the IPL.