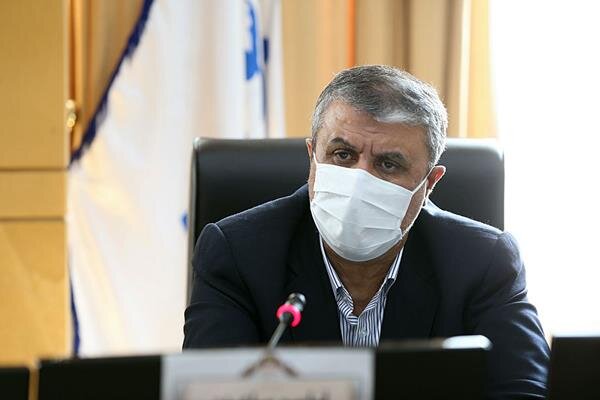 The head of the Atomic Energy Organization of Iran says the Islamic Republic possesses over 120 kilograms of 20% enriched uranium to supply its research reactor in Tehran with fuel.

“We have exceeded 120 kilograms and in this matter, we are ahead of schedule. Earlier, based on the JCPOA, 20% uranium fuel was supposed to be provided for the Tehran reactor(from abroad), but it was not given, and if we had not started making this amount of fuel ourselves, this would have turned into one of our problems today,” Mohammad Eslami said in a live interview on national TV on Saturday evening.

The Iranian nuclear chief said the Atomic Energy Organization of Iran has almost fully adhered to the parliament’s law on sanctions removal.

The law was passed in December last year in response to a failure by remaining parties to the nuclear deal to fulfill their obligations and make up for unilateral U.S. sanctions against Tehran.

“20% and 60% nuclear fuel production has been carried out and planning is underway for the production of uranium metal, IR2M and IR6 centrifuges are being built,” he explained.

Eslami also criticized the International Atomic Energy Agency for failing to denounce a sabotage operation against Iran’s Karaj nuclear site back in June, adding that the IAEA’s silence effectively encouraged such terrorist acts.

Several Iranian nuclear energy sites and many nuclear scientists have come under attack over the past years with Israel behind them.

Eslami explained that the agency was not allowed to replace damaged cameras at the Iranian sabotaged site as required under the Joint Comprehensive Plan of Action because the U.S. and the Europeans have failed to keep their part of the deal.

Iran and the remaining parties to the 2015 nuclear deal namely Russia, China, Britain, France and Germany have held several rounds of talks over the past year on a possible U.S. return to the JCPOA. Iran says the talks will resume soon.