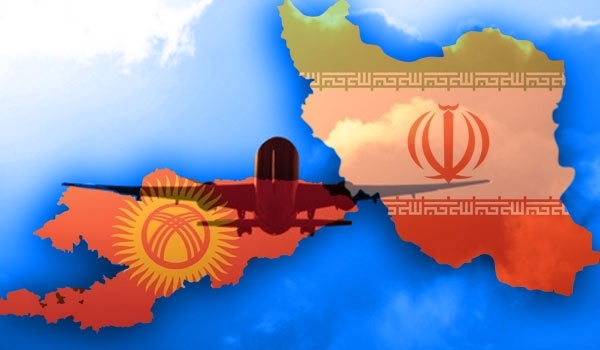 "There is no obstacle to the development of mutual cooperation between Iran and Kyrgyzstan," President Rouhani said in a meeting with Kyrgyzstan's ambassador to Tehran.

Kyrgyzstan’s Ambassador to Tehran Asanbeyk Osman Aliyev called for the establishment of direct flights between Bishkek and Mashhad in a bid to further expand mutual cooperation between his country and Iran.

“The existing communication channels are not enough for establishment of relations and under the status quo establishment of direct flights will be practical,” Osman Aliyev said, addressing a meeting of a group of businessmen in the northeastern city of Mashhad on Thursday.

The Kyrgyz envoy reiterated that today the level of bilateral economic relations between the two countries is highly important.

Experts believe that resumption of Bishkek-Mashhad flights after years of interruption will be a major stride in further developing the close relations and cooperation between Iran and Kyrgyzstan in all fields.

Iran and Kyrgyzstan have expanded their bilateral ties and mutual cooperation in different fields since independence of the Central Asian state in the’90s.

Iranian President Hassan Rouhani in a meeting with Osman Aliyev in June underlined the need for the further expansion of bilateral relations.

“There is no obstacle to the development of mutual cooperation between Iran and Kyrgyzstan,” President Rouhani said during the meeting.

The Iranian president pointed to his recent negotiations with his Kyrgyz counterpart Almazbek Atambaev over the construction of a joint railway network among the regional countries, and said, “Construction of railroads, roads and aerial routes will bring the countries closer to each other.”

President Rouhani called for the fulfillment of undertakings and materialization of the agreements signed between Iran and Kyrgyzstan, and hoped that the two countries’ relations would further expand during the tenure of the new ambassador.

The Kyrgyz ambassador, for his part, pointed to the status quo of Iran-Kyrgyzstan relations, and said, “Iran is a country with global importance now and due to the country’s very high potential in different areas, Bishkek supports broadening of cooperation with Tehran.”

Osman Aliyev also laid emphasis on the start of direct flights between the two countries, and said, “We want to increase the volume of trade transactions with Iran.”