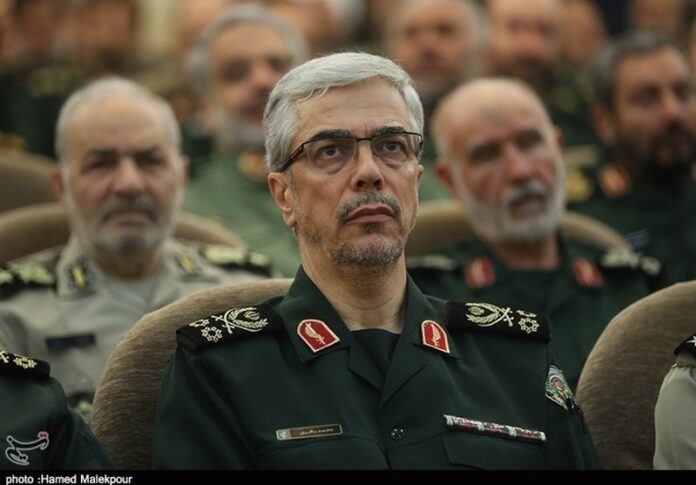 The Islamic Republic of Iran has strengthened its resolve to counter any potential military confrontation and warmongering acts, Major General Baqeri said in a statement on Thursday, released on the occasion of the anniversary of liberation of Khorramshahr, a city in southwestern Iran that had been occupied by Iraq’s Baathist army in the early 1980s.

He also warned that Iran’s “harsh, crushing and devastating response” awaits any stubborn and adventurist enemy who would dare take action against the country.

The commander highlighted the enemies’ frustration and defeat in the face of the dogged determination of Iranians, saying the adversaries have capitalized on their media capacities to overplay the threat of a “illusory war” and dishearten the Iranian nation.

Iran has formulated a chain of mighty responses to the enemy’s psychological war and devised a defensive and deterrent system to counter the enemies’ vicious plots and aggressive actions, he underlined.

In November 2018, Ayatollah Khamenei said that Iran’s enhanced military preparedness would frighten the foes and be deterrent against the enemies, underlining, “The Islamic Republic is not intending to begin a war against anyone, but you (the Iranian military forces) should boost your capabilities in such a way that not only the enemy would be fearful and afraid of attacking Iran, but also thanks to the solidarity, might, and effective presence of the Armed Forces, the specter of threats against the Iranian nation would be swept away.”