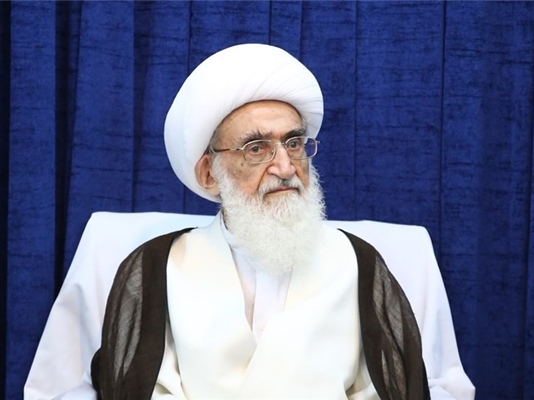 Grand Ayatollah Hossein Nouri Hamedani has warned against the enemy plot to sideline the fate of Palestine as the main issue of the Islamic world.

Ayatollah Nouri Hamedani called for further solidarity among Muslim countries, saying the unity should be so fundamental that neither the US president nor the Israeli prime minister could hatch up a new plot against the city of Jerusalem al-Quds.

“We should not allow the enemies to distract our attentions from the important issue of Palestine as the main concern of the Islamic world by raising some trivial and secondary issues,” he was quoted as saying in a Farsi report by Mehr News Agency.

Back in November, US president Donald Trump said Washington recognizes Jerusalem al-Quds as Israel’s capital. The decision backed by Israeli Prime Minister Benjamin Netanyahu sparked fierce protests in many cities across the world.

The Iranian cleric also warned the seminaries in Iran against involving in some marginal issues set forth by the enemies, and added, “Religious students in the seminaries need to remain focused on the main issues which are of significant importance in the country and the world.”

Ayatollah Nouri Hamedani then called on people from all walks of life in Iran to remain resilient against the enemies and put their focus on the main issues of the Islamic world.

The religious figure referred to the latest riots in a number of Iranian cities and said people are entitled to protest peacefully against economic woes. “But unfortunately the enemies seek to take advantage of the public dissatisfaction for their own gain through cyberspace.”

He finally praised the Iranian nation’s loyalty to the Islamic Republic.