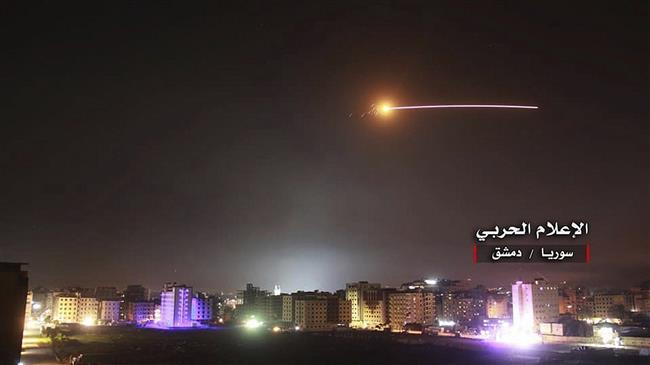 An Israeli airstrike, carried out as Syria troops were liberating the terrorist-held town of Saraqib in northwestern Idlib province, has endangered a civilian flight carrying 172 passengers, according to the Russian Defense Ministry.

Defense Ministry spokesman Major General Igor Konashenkov said Friday the civil Airbus-320 was heading to Damascus from the Iranian capital early Thursday when it was forced to divert its route as the Syrian capital’s air defenses were intercepting Israeli missiles.

The plane made an emergency landing in the Hmeymim air base in Syria’s western coastal province of Latakia.

“Only due to timely actions of the Damascus airport dispatchers and the efficient operation of the automated air traffic control system, the Airbus-320 managed to… successfully land at the closest alternative airfield,” Konashenkov said.

The spokesman stressed that Israel was well aware of civilian flights around Damascus and that such missions demonstrated the regime’s reckless disregard for human lives.

“The Israeli general staff’s use of passenger jets as a cover for its military operations or as a shield from Syrian missile system fire is becoming a typical trait of Israeli air force,” he said.

Russia had previously warned that Israeli airstrikes against Damascus were endangering civilian jets.

Lebanese officials have also stated that Israeli jets illegally conducting operations against Syria from the country’s airspace pose a danger to civilian aircraft in Lebanon.

In 2018, Syrian air defenses mistakenly shot down a Russian Ilyushin Il-20 reconnaissance plane after it was similarly used as a cover by Israeli warplanes, killing 15 people on board.

The Israeli airstrikes took place as Syrian troops were entering the terrorist-controlled town of Saraqib, which lies at the crossroads of two key highways in the Idlib province, the last major terrorist bastion in Syria.

The town has currently been fully liberated by Syrian forces.

Damascus has highlighted that the Israeli airstrike on Thursday happened at the same time the Turkish military was deploying a military caravan in Idlib to “protect the terrorists” and halt the Syrian military advance in the province.

Damascus has slammed the operation as evidence of Tel Aviv and Ankara’s coordinated support for the terrorists.

Israel is known for conducting airstrikes against Damascus during major Syrian military advancements.

The reported joint Israeli-Turkish operations in Syria come as Ankara – which has also been a major backer for terrorists in Syria – has warned that it may resort to military action if Syria does not withdraw its troops battling terrorist forces in Idlib until the end of February.