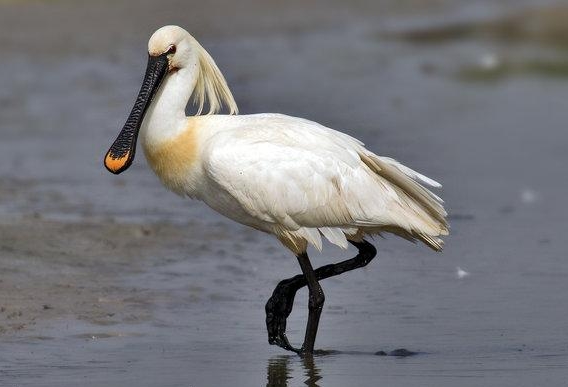 Officials from Lake Urmia National Park have observed 40 spoonbills on Ordushahi Island for the first time in recent years.

Behzad Shirpanjeh, head of the department, said these migrating birds had landed in the national park in recent days and are now living temporarily on the island.

“The spoonbill is an endangered species which makes very short stays in certain ponds and lagoons during its north-south migration, then after resting and eating, leaves to continue on its journey,” he noted, as reported by Mehr and translated by IFP.

Ordushahi Island is one of the 102 islands of Lake Urmia National Park.