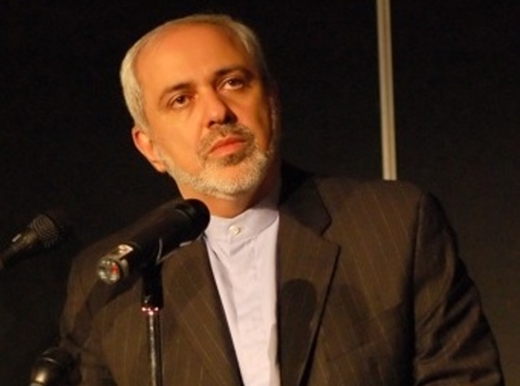 Iran is not a threat to any country; on the contrary, it contributes to security, said Foreign Minister Zarif.

Foreign Minister Mohammad Javad Zarif said that the reason for the failure of sanctions was the elections and not the negotiations, and added that the elections stopped the embargos.

“When Supreme Leader of the Islamic Revolution Ayatollah Seyyed Ali Khamenei called the presidential election as political epic it was because the election caused the sanctions to fail,” Zarif said Tuesday.

He said that the anti-Iran sanctions were against the most basic human rights, and added, “You could not open a bank account even to buy medicine and foodstuff and you had to pay in cash.”

Zarif said that the Islamic Republic of Iran is today in true sense of the word powerful enough to influence minds and hearts.

Addressing a group of officials, Zarif said dimensions of power are reflected in Iran’s Islamic Revolution which should be interpreted as stabilization of the country’s power.

He said, “Today nobody considers the Islamic Republic a threat and instead all take Israel as a menace; if God willing it goes on this way, Israel will no longer be able to justify the crimes it commits. Formerly, when there were words on expansion of Jewish settlement or suppression of Palestinians, there were also discussions on Iran’s nuclear arms.”

He noted, “We are not a threat; on the contrary, we contribute to security. As a country we are not a threat to anybody because in terms of geographical position, facilities as well as spiritual and human resources, we lack nothing.”