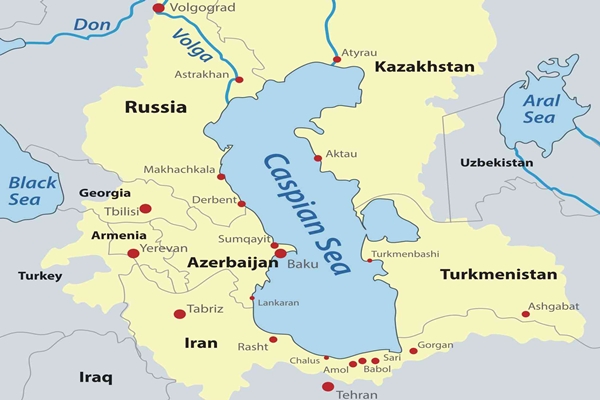 The Emirati officials are reportedly persuading Kazakh parliamentarians to give the green light for the establishment of the special zones.

DP World has been providing management services to the Port of Aktau, Kazakhstan’s main cargo and bulk terminal on the Caspian Sea, and Khorgos SEZ and Inland Container Terminal (ICD), which is strategically situated on the China-Kazakhstan border and has been acting as the primary transit point for trans-Eurasian cargo trains.

DP World said both facilities play an important role in enhancing trade connectivity along the New Silk Route and have further actively promoted business connectivity between Kazakhstan and Dubai.

Bin Sulayem said, “Our expertise in developing logistics and trade enabling infrastructure will benefit tremendously from building facilities in Kazakhstan and to the needs of local businesses.”

He also noted that “the economic fundamentals of Kazakhstan are very strong, which is why the UAE looks forward to continue investing there.”

“President Nursultan Nazarbayev’s vision and progressive policies have laid the groundwork for linking the Far East to Europe and ensuring that the Khorgos Internal Container Depot and SEZ play a crucial role in facilitating this,” he added.

Through the new agreements, the DP World has reinforced its presence in Kazakhstan, and is turning into a major regional player in transportation and logistics in the Caspian Sea.

The point here is that the DP World has close links to the Israeli regime. Sultan Ahmed Bin Sulayem visited Tel Aviv last August with the aim of promoting ties between Emirati and Israeli ports.

The firm has strong ties with some of the biggest Israeli companies, including the regime’s largest container shipping firm, Zim Integrated Shipping Services.