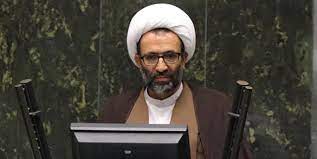 An Iranian parliamentarian says there are no legal restrictions for Iranian individuals with dual nationality traveling to, or making investment in Iran.

“In fact, there are no impediments to Iranian expats returning to their homeland,” said Aliraza Salimi, the chairman of the parliament’s Iranian Expatriates’ Caucus.

He said only minor red tape might exist, and added any bureaucratic restrictions should be eased.

“The approach of the administration, the foreign ministry, the Judiciary and the eleventh Parliament toward Iranians residing abroad has changed and they follow up on the expats’ affairs with special attention,” said the lawmaker.

“Different organizations and institutions such as the foreign ministry and the Judiciary have taken giant steps toward resolving the problems facing Iranians residing abroad and [facilitating] their making investment in the country,” he added.

He said Iranian expats’ affairs should be taken care of, and their return home should be facilitated.