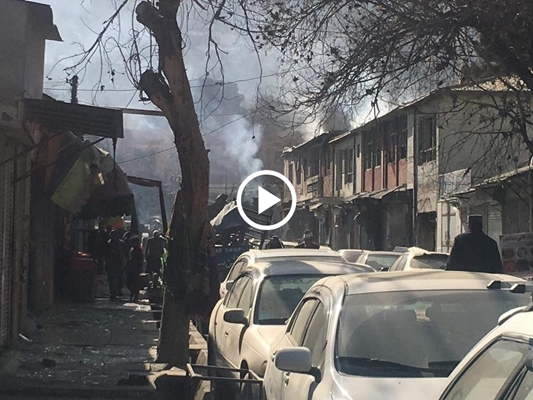 A massive explosion has hit an area in the Afghan capital of Kabul near many foreign embassies and government buildings, killing and injuring scores of civilians.

The Afghan health ministry says that at least 63 dead and 151 wounded had been brought hospitals, and victims were still flowing in.

Afghanistan’s TOLO News reported that the explosion was felt and heard across the city.

The explosion was initially believed to have been a car bomb and happened outside the old ministry of interior building in the city.

A plume of grey smoke rose from the blast area in the city center and buildings hundreds of meters away were shaken by the force of the explosion.

The explosion comes a week after a deadly attack on the Intercontinental Hotel in the city.