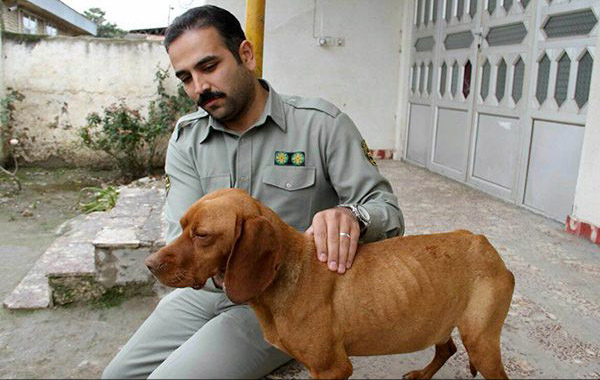 The persecutor of a poor dog has been arrested in Iran, after releasing a video on social media.

The man was traced by his car’s license plate, which was visible in the footage. He was identified as living in the city of Kordkoy in the northern province of Golestan.

The tortured dog is currently being looked after by the provincial environmental administration, and is receiving treatment.