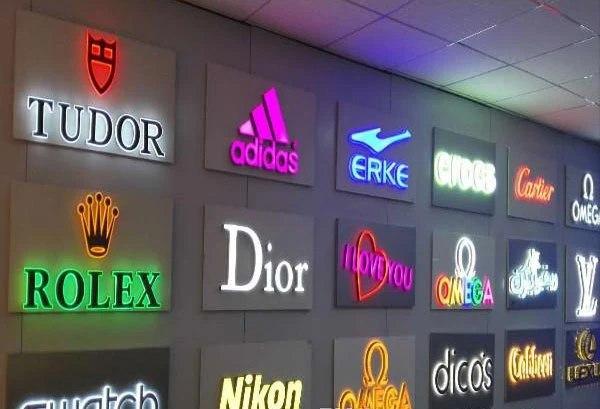 If you aren’t using an outdoor LED sign to advertise your retail business, you are not just behind in technology. More crucially, you are behind your competitors.

As research has shown over and over, outdoor signs continue to boost sales and brand awareness. The best part is that it is extremely cost-effective. It doesn’t take much to design and produce LED open sign, but its impact will be so powerful when hung on the front end of your shop. They are available in full color and help to promote businesses effectively and cheaper, especially when compared with traditional advertising media such as radios, print, and billboards. Here are the main benefits of using LED signs for your business.

They Get You Results

According to the Small Business Administration, LED signs are the least expensive but the most effective way to advertise for small businesses, schools, and churches. A LED sign enables you to target a high number of potential customers that are already passing past your storefront. It does this for far less compared to what it would cost if you were to use traditional advertising like radio or newspapers.

The best way to measure advertising value is in cost per thousand impressions. A LED sign could cost just 74 cents per 1000 impressions. For TV and radio, the cost respectively is $22 and $13. Businesses have realized that they can significantly lower their advertising spend by utilizing business signs. Outdoor business signage is like having your media outlet right there in front of your retail business.

They Pay for Themselves

Assume that your business sees an increase of just 5% in sales upon installing an LED open sign.  For many businesses, this conservative rise in sales would cover the entire costs of purchasing the sign as well as the operating costs, and this would be achieved in just a few months. All future revenue brought in by the LED sign would then be plowed back into the business.

To put it simply, an outdoor LED sign is the best way of reaching potential customers that are in a position where they can act on a message. What makes an advertising strategy successful is its ability to reach the right people just at the right time. By putting a digital sign in front of your business, you are giving the passing traffic a chance to view the ad several times. This gives you multiple exposures that you cannot get with the more expensive forms of advertisement.

On-premise signs also enable you to have total control over the message that you want to put across. You can determine the message and even control its timing. While producing a TV or radio ad can take up to a few weeks, you can impact your business right away by altering the message.

In terms of increasing revenue, LED can be used to achieve the following business objectives:

One of the main benefits of LED signage is that it uses much less power consumption than traditional fluorescent signs. This makes it even cheaper to run. An outdoor LED sign’s consumption is 2-4 times cheaper than neon signs or those that use incandescent bulbs. And because it uses less electricity, it leaves far less carbon footprint on the environment, which makes it much more environment-friendly.

Purchasing an LED sign may initially prove expensive but in the long run, you will find that they are much cheaper and cost-effective. If anything, LED signs can even help you save some much-needed cash. Firstly, as long as you do not change the sign display, you won’t have to spend a cent. Secondly LED sign lights use less energy and don’t require a lot of maintenance. Finally, you won’t have to spend money or time to change the design or hire people to set up new signs. Therefore, while it may be costly to set it up, the benefits far outweigh the initial costs and you will recoup your money in no time.

What makes an LED open sign so powerful is the way it is up there with the more conventional and highly effective traditional advertising mediums like billboards and newspapers, and the modern digital forms such as Facebook and Google. Thanks to its flexibility, the correctness of digital signs, and the attractive veneer of a screen, LED signs can draw in customers, keep them around for much longer, and ensure they are satisfied.

The SBA concludes that LED signs are by far the least expensive and the most effective form of advertising for the majority of small businesses. It can reportedly increase business revenue by up to 150%. According to a university of Cincinnati study, LED provides a return on investment in as little as 3 months only. The reason businesses keep on using LED signs is because of their flexibility and effectiveness.

Unlike traditional signage that requires designing and printing, LED signs are highly versatile. All it takes to update them are just a few clicks on a computer and you are good to go. The best part is that the changes will reflect in real-time. Also, you can schedule messages based on time, day, or week.

There is so much that digital signage gives retailers and business owners. Using intuitive signs, it displays your message constantly to thousands of people who pass by your premises. No form of advertising can match this 24-hour presence. LED signs are also highly adaptable and take just a few clicks to change the message you want. A simple LED open sign is so powerful because it displays just the message that you want to convey to your customers as they walk or drive by. It can also be a great tool to push up promotions in-store.