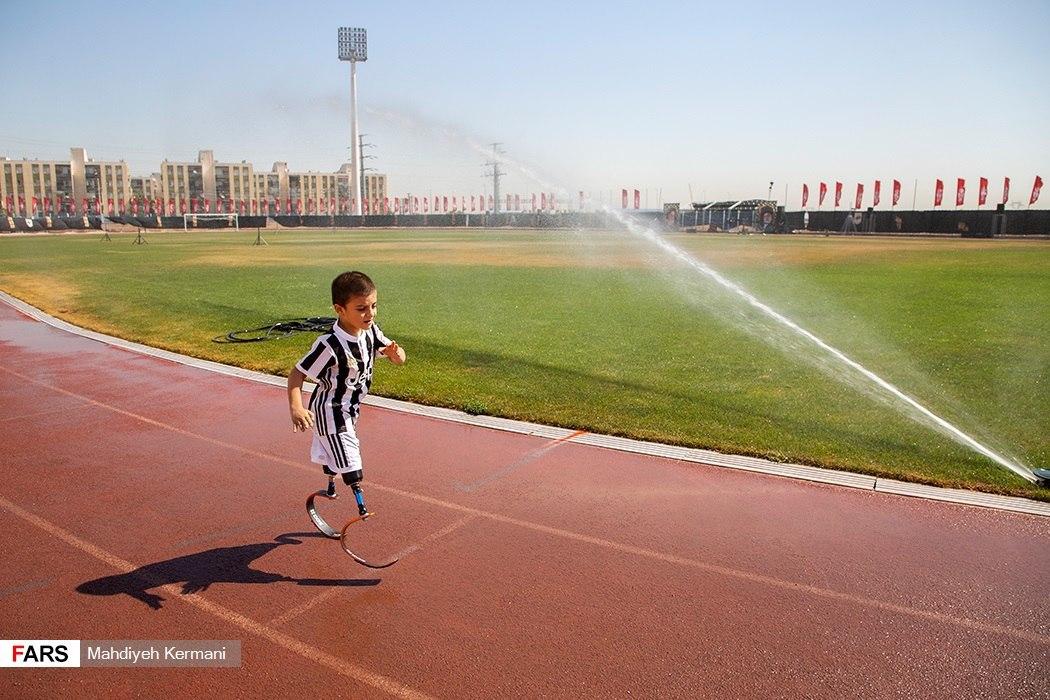 A physically challenged Iranian child is working tirelessly to take part in sports competitions for the disabled, especially the Paralympic games.

Mohammad Mahdi Bakhshi was born on May 4, 2015 with a physical disability. His disease is called anomaly. Until the day he was born, doctors could not diagnose his disease despite different examinations and tests during his mother’s pregnancy. Unaware of this disorder, his mother realized on the day of his birth that the bones of his legs, including both knees and toes, did not have the normal form.

The reason behind this disease is unclear. Some believe it is caused by waves and air pollution. However, Mohammad Mahdi’s parents decided to solve the problem themselves during the five years of their son’s life.

At 11 months old, Mohammad Mahdi underwent surgery. Part of his legs which had defects was cut off. After a three-month convalescence period, the first prosthetic legs were designed for him. That was the first step to make Mohammad Mahdi and his family’s dreams come true. Now, he keeps growing day by day and climbing the ladder of success thanks to his innate potential and high morale.

When three years old, Mohammad Mahdi traveled to the north of the country with his family. He tried swimming in the sea and showed that he was able to use the power of his hands to make up for the defect in his legs and swim.

He says he is longing to attend Paralympic games and bag a medal for his country.
These days, he is being trained by his track and field coach in order to be able to take part in competitions for the disabled. He is even being trained in swimming, not to mention the English language lessons he is learning with his teacher. His efforts bring him closer to making his dream of attending Paralympic games come true.