Did Paris fall victim to a faulty trend or a decision? 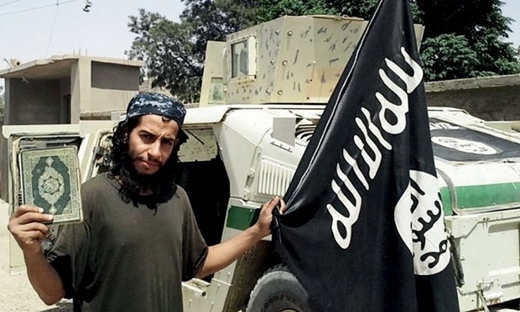 If the unholy phenomenon of IS lives long, it can have a deep cultural impact on Iran's neighbors and stoke ethnic, factional and tribal tensions, Seyyed Ali Moujani said.

IS does not pose a direct threat to Iran and the country should not join the anti-terrorism coalition, an Iranian expert in Middle Eastern affairs has said.

In a world where there are different readings, and stances are subject to swift change, it’s not a calculated move to join a fluid current whose direction, strategy and tactics are not well defined, Seyyed Ali Moujani said, adding such a move may be carrying a hefty price tag.

Following the telephone conversation between the Iranian and French presidents in the aftermath of the Paris terrorist attacks, in which President Rouhani voiced Iran’s readiness to join France in the fight against terrorism anywhere in the world, some Western diplomats suggested that Iran is likely to join the anti-IS coalition.

Even at home, given comments by the Iraqi foreign minister that IS had threatened Iran, some experts brought up the issue of direct confrontation between Iran and the terrorist grouping, though some described it as utterly wrong and said that Iran shouldn’t walk down that path.

Should Iran join the anti-IS coalition? Should Iran shift its strategy in dealing with IS and get involved in a direct battle against the terrorist group?

In an interview with Fararu.com, Seyyed Ali Moujani, a researcher and author of “Roots of the Revival of the Islamic Caliphate and its Geopolitical Impact”, has talked about terrorism in the wake of the Paris terrorist attacks. The following is the translation of his remarks in the interview that was published by the news website on November 21:

It seems that there is no cohesion in the words of the countries that are fighting terrorists, especially IS. Instead, there is a great deal of confusion.

For instance, we initially heard President Hollande say that France sought to fight terrorism, but only 48 hours later, he said that IS had declared war on France.

I believe in a big European capital which fell victim to terrorism, it has not been clear whether what happened stemmed from a faulty trend or a decision.

Iran has encountered different forms of terrorism in the post-revolution era. To us, terrorism is not a black or white, good or bad concept. To Iran, a nation’s resistance in the face of invaders does not constitute terrorism.

But to some countries which talk about the fight against terrorism, the resistance of people in South Lebanon in the face of occupation or that of the Afghan and Iraqi nations is deemed as terrorism. Interestingly, their interpretation is in contrast with the historical traditions of their own countries.

For instance, the leaders of the anti-Nazi resistance movement in France destroyed the country’s roads and bridges and killed French nationals only to stop the Nazi Army from overrunning the country and dealing a blow to the French sovereignty.

Therefore resistance is an admirable concept to the Iranians, whereas the anti-terror coalition views – without any dissection – any entity that stands up to it as terroristic one way or another unless it bows to the coalition or reaches a deal with it in which case acts of terrorism would be negotiable with terrorists. Talks between the US and the Taliban fall into that category.

These double standards and the lack of a detailed mentality do not allow Iran to take risks and board a wayward ship in choppy seas sailing against headwinds.

As for whether Iran should single-handedly take on IS or continue the current trend, I would say IS is growing in our backyard. What we need to pay attention to is that we should contribute to political, security and social stability in the region.

The present circumstances pose no direct threat to Iran, but IS is a major socio-cultural threat to the country.

If the unholy phenomenon of IS lives long, it can have a deep cultural impact on Iran’s neighbors and stoke ethnic, factional and tribal tensions.

In light of the fact that Iran is a country of ethnic, linguistic, religious and factional diversity, we need to tread very cautiously and take measures to soothe regional conditions and counter the cultural impacts IS seeks to leave in its wake. We also need to use these tools to stop violence in the region.