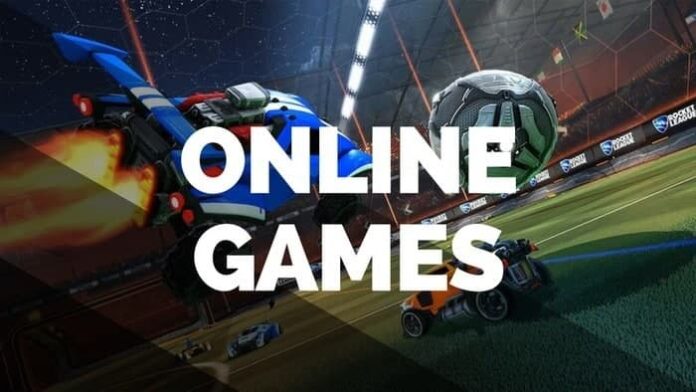 Online games are growing considerably in popularity. More people are on the internet, which makes the games very accessible.

You don’t need to visit a gaming arcade to play a game of slots as it is available online. Despite their popularity, online games receive a fair share of negative feedback, mostly due to the amount of screen time they require. While excessive gaming may lead to adverse effects like eye problems, it offers significant benefits if done responsibly. To better understand the benefits offered, here are some highlights.

Most online games require an incredible amount of planning and critical thinking. Whether one is playing alone or as a group, every move is well calculated as everyone is trying to win. To be a good player, you should also have the ability to analyse people’s behavior and predict their next move. This helps you come up with a good strategy. That ability to come up with solutions on the spot develop your cognitive skills tremendously. Your creativity and memory may also improve. In general, online games sharpen the mind. This advantage has influenced some educators to include online games in the curriculum. They use the games to gauge their increase their focus and improve their ability to work.

Gaming requires some level of communication and interaction with other players. This forces the players to develop their social skills. They learn how to cooperate with other team members while playing as a team. Additionally, they may need to seek advice from other seasoned players, which necessitates social interaction. Some games also offer chatrooms or other collective forms of communication, where gamers can share their experiences, tips, and so on. This calls for good communication skills.

Online games often run for stretched periods. They also require you to make continuous observations and use both your long term and short-term memory. Unless you are disinterested, online games stimulate the mind. The level of engagement associated with online games teaches you how to concentrate on extended periods. You can immerse yourself in an activity and fully engage till it is complete.

Online games have very many highs and lows. One minute you are winning, and the other, you are losing. Playing online games helps you develop a smart way of compartmentalization.

From general observation, one can deduce that gamers do nothing much apart from sitting and looking at the screen. However, there are many senses and body functions involved. In games that require a controller, the gamer has to coordinate the eye, and the hand movement. The eye directs the hand movement without moving.  The right eye and hand coordination skills are beneficial in other activities like driving. Apart from body function, gaming requires coordination of mental processes such as observation. A single game could require auditory, motor, and visual senses. To excel in the game, one has to master the coordination of all these functions.

When played moderately, video games improve vision. This is because they increase the spatial resolution. Spatial resolution refers to the ability of the eye to separate parts. A scientific study conducted to test this theory produces supporting results. About ten non-gamers went through gaming sessions, then testing alongside another group of ten untrained non-gamers. The group that received the training showed a better ability to identify objects in cluttered environments than those that did not get training. In another study, players with the ‘lazy’ eye depicted improvement in their vision after engaging in gaming sessions. Gamers learn to appreciate the smallest details since they define who wins or loses. This, in turn, improves their overall vision.

Sometimes you need a distraction to stop those frequent visits to the fridge. According to a study, subjects who played a puzzle game experienced much fewer cravings than those who did not.

The above benefits are just an addition. However, despite the advantages offered, do not overindulge. Advantages only apply to responsible gaming. When you game uncontrollably, other sectors of your life, such as work, may suffer. Online games that require money may also disrupt your budget. Therefore, it is essential to schedule your gaming time. With the excitement involved in gaming, you may often overlook the time spent. A time restriction ensures a healthy gaming life.