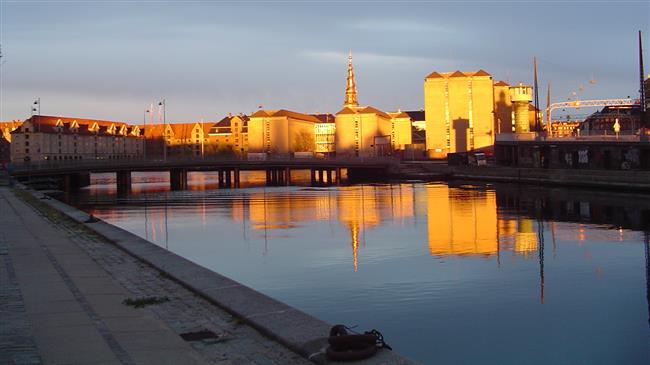 The Danish and Dutch governments have summoned the Saudi ambassadors to Copenhagen and Stockholm, respectively, in order to express their official protest after arresting and charging four terrorists for spying on behalf of the kingdom in the two European states.

The Danish Security and Intelligence Service announced on Monday the arrest of three members of the Saudi-backed anti-Iran al-Ahvaziya terrorist group, and charged them with suspicion of spying for Saudi Arabia in Denmark. Another terrorist was also arrested in the Netherlands.

Speaking at a press conference in Copenhagen, Danish Security Service (PET) Director Finn Borch Andersen said the three members of the Arab Struggle Movement for the Liberation of Ahwaz are facing charges of involvement in intelligence activities for the Saudi intelligence service from 2012 to 2018.

The Danish Security Service stated that the three elements were collecting information about individuals in Denmark and abroad, and were sending it to a Saudi intelligence service.

The three, whose identities have not been revealed, live in Denmark and have been under surveillance for several months.

The Danish police has accused the three of supporting a terrorist attack in Iran in September 2018, which killed 25 people including a four-year-old child.

The Danish foreign minister, on his Twitter account, confirmed that the Saudi ambassador to Copenhagen had been summoned.

Jeppe Kofod called the case “deeply serious and completely unacceptable.” Kofod said he had summoned the Saudi ambassador for talks earlier Monday, and instructed the Danish ambassador in Riyadh to deliver his objections to Saudi authorities.

That came after the Dutch authorities in the city of Delft arrested another al-Ahvaziya element accused of planning to launch an attack in Iran and of belonging to a terrorist organization.

Dutch Foreign Ministry spokesman said that the Foreign Minister wanted to inform the Saudi ambassador that such unwanted activities as those accused by the movement in Denmark were unacceptable.

Al-Ahvaziya group is comprised of communists, nationalists, socialists and Salafi members who, despite ideological and nominal differences, are united around one goal and one strategy, which is toppling the Iranian government and separating Khuzestan from the rest of Iran through armed conflict.

The group was born in 1980; soon after the Islamic Revolution in Iran. It was inspired by the ruling Ba’ath regime in neighboring Iraq at the time. It had already carried out a series of attacks in the southwestern province even before Saddam unleashed war against Iran.

The group has committed numerous crimes against Iranian targets over the past decades. Among them bomb attacks in public places, abductions, assassinations, kidnapping for ransom, shooting at tourists and blowing up oil pipelines.

Thousands of people have been killed or injured as a result of their actions. The group calls itself a movement but it lacks any popular backing inside Iran.

In September 2018, four members of the Saudi-backed terrorist group opened fire on soldiers and civilians during a military parade in Iran’s southern city of Ahvaz, claiming the lives of 25 people, including a four-year-old child.

The attack in that year came after a US-backed campaign to stir up unrest in Iranian cities fell flat. The effort, known as the Hot Summer Project, sought to whip up public anger over water and electricity shortages in the face of a protracted drought.