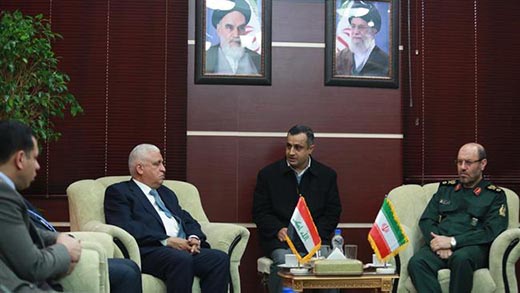 The Iranian nation and government as well as the Armed Forces of the Islamic Republic will continue to support Iraq in its battle against terrorism, Iran’s defense minister says.

In a meeting with the visiting Iraqi National Security Adviser Faleh al-Fayyad in Tehran on Sunday, Brigadier General Hossein Dehqan said unity among Iraq’s Shia and Sunni groups in the campaign against terror has been a major achievement.

The Iranian defense minister also stated that Iraqis should remain united until the day of final victory over Daesh Takfiri terrorists.

Fayyad, for his part, said the Iraqi army and popular fighters have recently gained ground against terrorists in the country, adding that Daesh is approaching its collapse.

He added that Iran played a leading role in Iraq’s fight against its enemies.

The northern and western parts of Iraq have been plagued by violence ever since Daesh began an offensive in the country in June 2014.

Army soldiers and Popular Mobilization Units have joined forces and are seeking to take back militant-held regions in joint operations.