Defeat of ISIS Brings US to Its Knees: Iran Leader 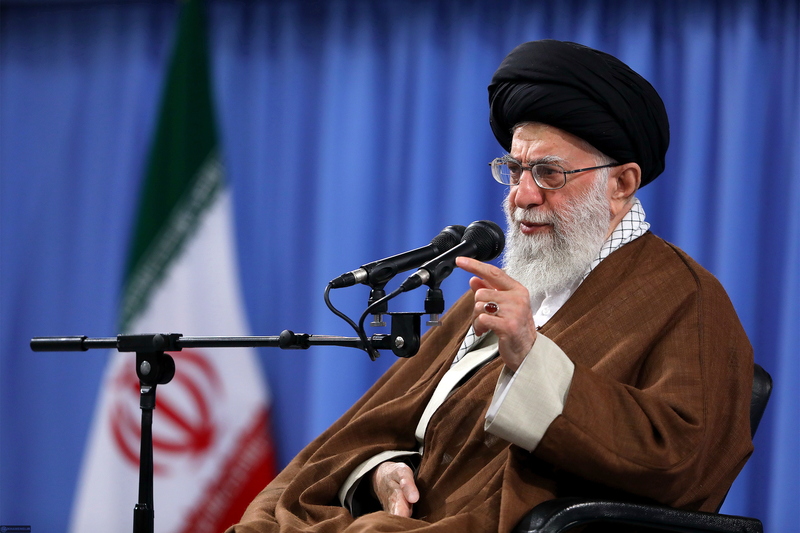 Leader of the Islamic Revolution Ayatollah Seyyed Ali Khamenei says Muslim youths have brought the US to its knees by defeating ISIS in Iraq and Syria.

In an address to a group of Basij volunteer force in Tehran, the Leader said the enemies have stirred up their animosity towards Iran with the aim of brushing away the revolutionary thought from the region but failed miserably.

“Religious youths have brought the enemies to their knees by removing the cancerous tumour of ISIS in the region,” he stressed.

Elsewhere in his statements, the Leader also referred to the enemies’ relentless attempts to hatch up new plots against the Islamic Republic of Iran and said the enemies miss no opportunity to inflict a blow on the country.

He stressed that the Islamic Republic of Iran has already managed to foil several plots by the US, Zionist regime and the regressive states of the region, adding uprooting ISIS was the latest achievement in fight against the enemies.

Ayatollah Khamenei referred to the eradication of ISIS as a great victory and added some regional states didn’t had the self-confidence to fight against the terrorists.

He called on the Iranian youths to remain vigilant against the enemy plots in various fields and develop new plans to cope with them.