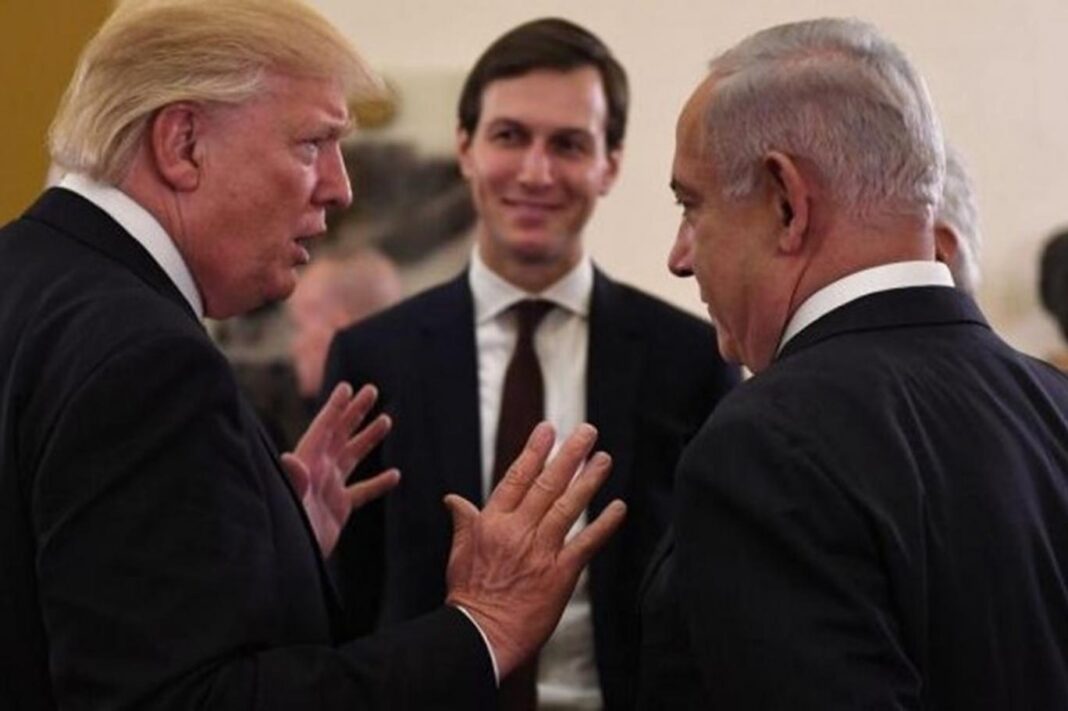 The “Deal of the Century” was orchestrated by the United States and Israel in order to remove Palestine from the geography of the world.

Several resolutions and agreements have been signed between Israel and Palestine since 1967 in the process of Peace Talks, so that solution of two states, one government and even confederation have been included in these agreements. In this regard, each of former presidents of the United States presented a peace plan to solve the problem and this time, it was Trump’s turn.

The family of Donald Trump and Jared Kushner formulated and compiled the ‘Deal of Century’ Plan according to the family agreement since Palestinian and Israeli sides have different imaginations of the Deal. In the process of formation of the ‘Deal of Century’, they [Trump and Kushner] considered the Palestinian issue as a personal and family issue. By calculating that Jared Kushner is Jewish and his wife is also Jewish and U.S. President Donald Trump is also interested in Israel. So, Palestinian issue can have a family solution. It is not important that the differences between Palestinians and Israelis are a difference in the width of history and in the extent of ideological differences.

In formulation of the ‘Deal of Century’, both Trump and Kushner did not pay attention to this issue that resolving problem of Israel with the Islamic countries is not the problem that is confined or limited only to the United States or Israel. From the political point of view, the issue is not even comprehensible for them [Trump and Kushner] that, despite all international efforts and political initiatives taken in the recent decades, resolving this crisis has become more complicated every year.

The Trump family should understand this issue that situation in Palestine is tied with the Resolution 242 of the United Nations inked in 1967, stipulating that Israel must withdraw from the Golan Heights, Jordan River, Gaza Strip and the West Bank. On the other hand, the resistance of Palestinian people, which began with the throwing of stone, has now been turned into a resistance with the power of deterrence that owns pinpointing rockets and missiles.

Even if the Palestinians relinquish their inalienable rights [that will not ignore it definitely], the future of Bait Al Muqaddas (Jerusalem), as the first Qibla of Muslims and the Ascendant of the Holy Prophet of Islam (S) as well as Palestinian citizenship within a ‘geographical area under Israeli mandate’ will turn the Palestinian problem from a territorial problem into an ideological and trans-regional problem. Such a situation would add to the desire Palestinians for more resistance and also would confront Israel with new trans-regional political and armed groups as well.

Jared Kushner unveiled the plan of ‘Deal of Century’ for representatives of Arab and European countries in Manama, capital of Bahrain, on June 25, 2019. In this initiative plan, Kushner considered economic solution as ‘alternative’ of political solution for ending the conflict between the two parties [Palestine and Israel]. In the opening remarks of the ‘Deal of Century’, he clearly put the value of land and territory of Palestine and its identity at $52 billion. By insulting the Palestinians and their struggles, he [Kushner] called Palestinians as people who have lived without understanding what the peace means.

In the plan of ‘Deal of Century’, Kushner defines Palestine as a land and territory which is confined to a geographical area without a nation, government, army and also conceptual boundaries. Moreover, in his defined project, Kushner said that Palestine is an area in the West Bank and Gaza Strip that are connected with each other through railway. This area is supposed to be managed and administered by multinational companies whose staff are from the people of Palestine under the strict supervision of the United States and Israel.