Daesh will fade into history; Daeshism will live on (PART TWO) 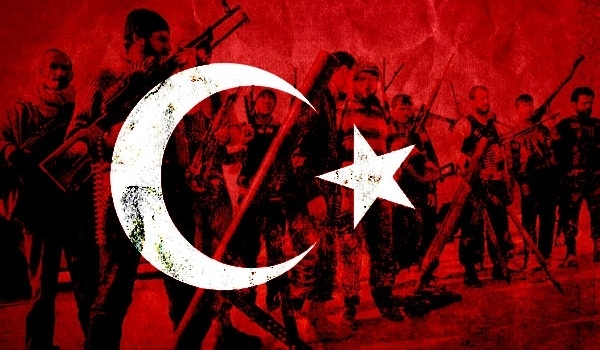 Professor Abbas Vali, a Turkish theorist, has said that the threat of Daesh is likely to grow in the Sunni-majority Turkey.

The Turkish theorist – who is also the head of the Department of Sociology at Bogazici University in Istanbul – says that Daesh [the Arabic term used for ISIL] has emerged from the depths of endless political violence, which is bare and systemic in the region.

The following is the translation of the second part of the interview which entails the professor’s views on Turkey’s domestic issues and an assessment of the performance of President Recep Tayyip Erdogan’s government as far as the Middle East is concerned.

A new crisis seems to have been brewing in the region. A type of liberal Islam – in the form of a country which claims to represent democratic Islamic nations – has aligned itself with the Islam which is advocated by Daesh.

In Turkey, a government led by the Justice and Development Party has addressed this crisis arbitrarily. The Turkish government’s policies in Iraq and Syria have failed to achieve anything. On the foreign policy front, Turkey’s measures in Syria clashed with those of Iran, Saudi Arabia and Qatar, because Turkey has not had any agents in Syria, and Daesh provided Turkey with the opportunity to carry out its plans there with no direct involvement.

The threat of Daesh is likely to be growing in Turkey which has a radical Sunni society. I think Ankara’s arbitrary treatment of the crisis – on the domestic front –has been of essence inside Turkey.

Erdogan’s selective use of the crisis [the emergence of Daesh and its atrocities in the region] is akin to what [Muhammad] Zia-ul-Haq [the Pakistani president (1978 – 1988) did in dealing with the Taliban, but failed to keep them in check and his approaches cost him his life [he died in a mysterious plane crash back in 1988].

Erdogan’s approach [his dealing with Daesh] can have a huge social and cultural impact on Turkey in the long run. Turkey does not stand ready to counter this problem without paying [a dear] price, nor is it capable of doing so.

Turkey has started to solve the issue of the Kurds. Do you think it can be solved in the short or medium term?

It is possible because both the Kurdish [nationalist] movement and the Turkish government have come to the conclusion that a military solution is not an option and that the issue should be solved through talks. Common ground and the two sides’ awareness of the fact – that they cannot maintain the status quo and a costly military solution will not result in a settlement in the long run – is the basis for the give-and-take.

But the question that arises here is whether Turkey is ready to enter peace talks [with the Kurds] and meet their demands. […]

As the first step, Turkey insists on [the Kurds’] disarmament.

At issue is not simply a 34-year armed struggle by the Kurds in the mountains. The issue – which has political and cultural dimensions – should be solved; otherwise its military aspects can get momentum by the day.

At this juncture, the [Turkish] government’s behavior has been far from rational – or realistic from a political angle. The Kurds too should ease their demands and offer a new interpretation of the issue.

The point is that the Turkish government is not expected to simply meet the Kurdish demands; rather, it should meet the expectations of a large part of Turkish society which have shown concerns in this regard.

I think disarmament should not be a precondition [for talks]. The Kurds should be treated as a party to the talks in a free, democratic way. […]

Given the upcoming parliamentary election in Turkey, how do you evaluate the future of the [ruling] Justice and Development Party?

Turkey’s politics is in a critical condition. [President] Erdogan is seeking to take advantage of the June elections and change the country’s political establishment to a [stronger] presidential system. To that end, he needs a sizeable majority in parliament; it is an ambitious goal, though.

The Kurdish-dominated Peoples’ Democratic Party (HDP) has entered the race and this means the Kurds need 10 percent of the votes at a national level. In case they fail to win the percentage they need, they will be removed from the political scene and their votes will go for the ruling party. This carries a high risk, but the party’s members say they will gain the number of votes they need.

How will Erdogan’s efforts to tighten his grip on power and the Middle East’s developments affect Iran’s regional policies?

Erdogan’s grip on power is not viewed as a key factor in Iran’s future. What matters for Iran is the agreement it [possibly] clinches during nuclear talks with Western countries and its results.

For Turkey, the positions of Saudi Arabia and Qatar are more important. Due to Turkey’s disagreements with the US, Ankara’s measures in Syria and in the region have been limited.

Apparently, Turkey is ready to inactively get involved in the fight against Daesh. This willingness has not prompted Turkey to let the US use Turkish soil [Incirlik Air Base] to launch attacks on the [terror] group.

Prior to the withdrawal of US forces from Iraq, Obama did not approve of a military base in the Kurdistan region. Because of Turkey’s measures in Iraq and Syria, the US seems likely to change its decision on the military base. This would deal a big blow to Turkey on a regional scale.

A new political system and a shift in Erdogan’s political status will activate Turkey’s policies in Syria, but Turkey does not seem to want and be able to pay a heavy military price in the long term.

The ten-year economic management has been the reason behind popular support for the president. Involvement in a war – albeit short – would leave an impact on Turkey’s economic policies.