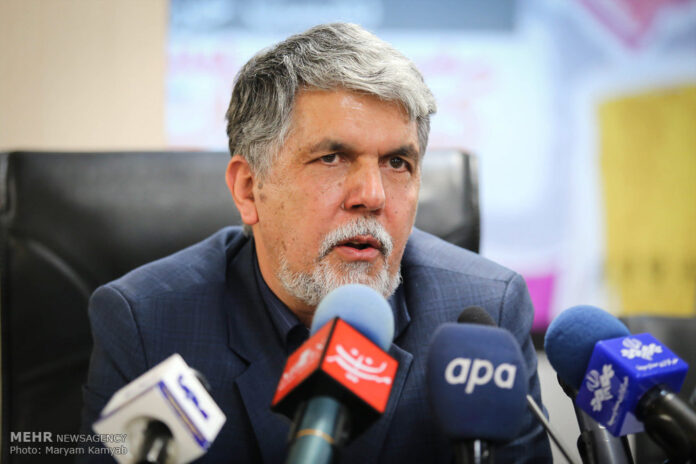 Iran’s Minister of Culture and Islamic Guidance Seyyed Abbas Salehi is set to attend Iran’s cultural week in Azerbaijan, which is to be held from June 27 to July 1, said the Cultural Attache of the Iranian Embassy in Baku, Asghar Farsi.

Salehi is expected to head a high-ranking delegation during his visit to the Azeri capital of Baku and the historical city of Ganja in the coming days, Farsi said.

Speaking to reporters in Baku, Farsi said Iran’s cultural week reveals the cultural commonalities between Iran and Azerbaijan, according a report by Iran Online.

He said Iran’s National Symphonic Orchestra led by prestigious Iranian musician Fereydoun Shahbazian is set to hold a concert in Baku Philharmonic Hall during the week.

Farsi then said the Orchestra is composed of 40 young Iranians with an average age of 25, adding women make up for one-third of the Orchestra. “The well-known classical and Persian traditional signer Salar Aghili will accompany the orchestra.”

He also noted that Iranian film director, producer and screenwriter, Majid Majidi will also take part in Iran’s Cultural Week in Azerbaijan and his big-budget production “Muhammad: The Messenger of God” will be screened during the event.

A theatre group from the southern port city of Bandar Abbas, which has already staged its version of the Divine Comedy in Moscow and other European cities, will also attend the event and stage its theater.

After Baku, Iran’s cultural week will also be held in Ganja as the symbolic city of cultural commonalities between Iran and Azerbaijan.

Elsewhere in his remarks, Farsi said Iran and Azerbaijan have already launched a joint cinematic project with actors, actresses and directors from both sides in attendance. “The film is set to be shot both in Iran and Azerbaijan.”

He then referred to the historical and cultural commonalities between the two sides and added the great nations of Iran and Azerbaijan have stood by each other through hard and happy times.