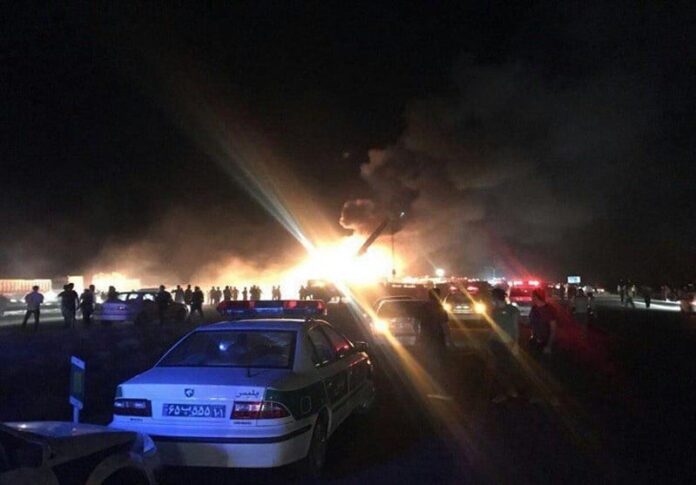 A passenger bus crashed in Iran’s central province of Isfahan, killing 21 people and injuring more than 20 others.

The doomed bus, travelling from capital Tehran to the southern city of Kerman, hit a fuel tanker from behind at a highway near the city of Badroud at around 23:30 local time on Monday night.

The bus burst into flames upon impact after a rollover in the opposite lane, causing deaths of 21 people aboard. At least 21 other passengers have been injured and hospitalized.