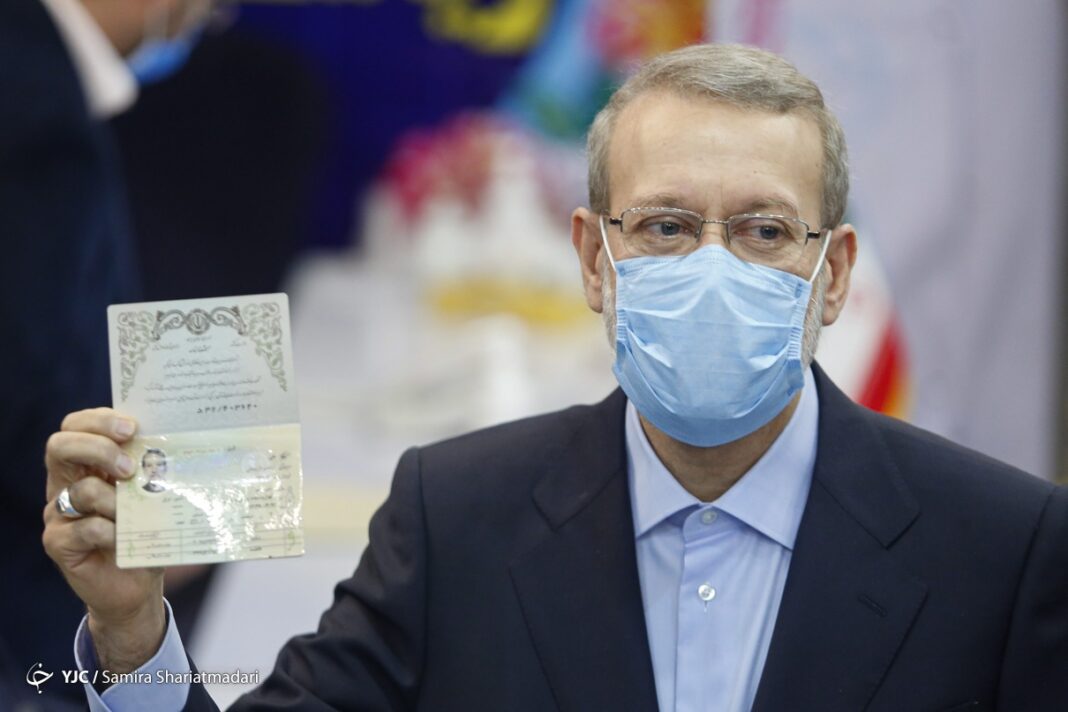 The Iranian Constitutional Council, also known as the Guardian Council, has announced the reasons behind the disqualification of former Parliament Speaker Ali Larijani from running in the country’s June 2021 presidential election.

Among the reasons, said the council, was Larijani’s role in creating part of the disorder during the tenure of the former Iranian administration and that one of his children was residing in the United States.

As stipulated in the council’s letter, other reasons for Larijani’s disqualification included the numerous trips that his family members had to foreign countries, including Europe and the US, one of his other children staying in the United States, and some of his close relations living and continuing their studies in Britain, which ran counter to directives by Iran’s Supreme National Security Council.

Larijani’s political stances and his remarks on different issues and at different points in time during the unrest touched off by dissidents following Iran’s 2009 presidential election have also been mentioned as other reasons why his qualification was not approved.

As stated in the letter, among other reasons was interference by on of Larijani’s children in Parliament’s construction and service contracts as well as failure to observe the principle that officials should lead a simple life.

Meanwhile, Ali Larijani responded to the letter, slamming the claim that he was responsible for part of the disorder during the previous administration.

In his letter, Larijani also denied that his child was residing in the United States.

“[The claim] that my child is residing in the US is a sheer lie; rather, she is there for her and her husband’s education,” he wrote.

“The claim that my families had numerous trips to Europe and the United States is 100% false,” he said.

“During the time following the [1979 Iran’s Islamic] Revolution, my family and I once travelled to Britain for education, but we immediately changed our minds and quit,” he added.

“Also, my wife travelled to Britain in the 1980s two times in order to take care of my child’s situation and for ‘positron emission tomography imaging’ to be conducted on my child to reveal the extent of the progress of the disease as my child was suffering from a tough illness,” he noted.

“She was there for five days at our own personal expense,” said Larijani.

In response to the claim that one of his children had interfered in Parliament’s contracts, Larijani asked the Judiciary chief to look into the matter immediately and inform the public of the results of the inquiry accordingly.

Larijani added he and his children would be ready for any legal punishment.

“But if it turns out that an institution has issued a false report, announce it publicly,” he said.

Larijani also responded to the claim about his political stances and his remarks on different issues and at different points in time during the unrest touched off by dissidents following Iran’s 2009 presidential election.

Larijani said he had, from the very outset, made comments about issues such as the clergy, trusteeship by the Jurisconsult, the late Imam Khomeini, Ayatollah Seyyed Ali Khamenei, the Holy Defense (the name coined to refer to Iran’s resistance during the eight-year Iraqi-imposed war in the 1980s), nuclear issues, international affairs, etc.

“Were there any problems with any of these to result in my disqualification?” he asked rhetorically.

He also weighed in on issues pertaining to the chaos triggered by dissidents following Iran’s 2009 presidential election.

“Suppose the Guardian Council’s viewpoints on some issues, including the post-election sedition in 2009, were different from those of mine. Can it be a reason for my disqualification? Were my stances on the 2009 unrest against Islam, the Constitution, people’s basic rights and the directives set by the Leader?” he noted.