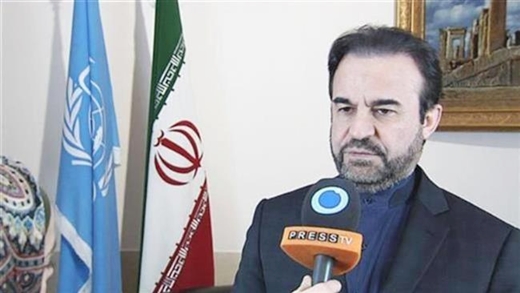 Parchin is a military site and Iran will not let any inspector go there, Iran’s ambassador to the International Atomic Energy Agency said.

Iran has said that its construction work at Parchin military facility, southeast of Tehran, is normal and it will not allow any inspection of the “conventional” site.

“Parchin is a conventional military site. The construction there is normal and even it was indeed confirmed by some officials from the US that Parchin and the activities there are something normal and it doesn’t have any relevance to the IAEA work,” Iran’s Ambassador to the IAEA Reza Najafi said.

“Of course, this is a military site and Iran will not let any inspector go there,” he added.

“These activities could undermine the capability of the IAEA on verification but as we do not have inspectors there and by way of observing through satellite imagery, we do not have further insight of these recent activities,” the IAEA chief said.

He added that “much work needs to be done” to finish the probe, but reiterated that the investigations will be complete by mid-December, as agreed in a roadmap between Iran and the IAEA.