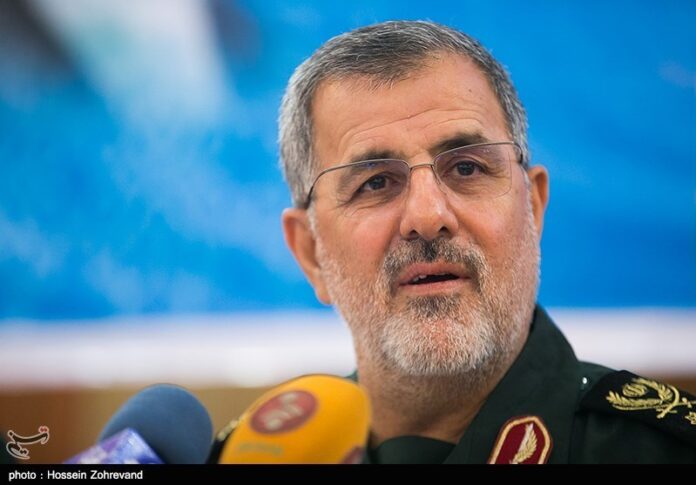 The manifestations of the Iranian Armed Forces’ deterrent power are evident all over the country’s border areas, a commander of the Islamic Revolution Guards Corps (IRGC) Ground Force says.

Brigadier General Mohammad Pakpour underlined the unity of the Armed Forces in ensuring the country’s security and said their deterrent might is manifest along the country’s borders.

Speaking at a ceremony in the northeastern city of Mashhad on Tuesday, he described unity and collaboration among the Army, IRGC and Police as a necessary infrastructure of ensuring security in the country.

Thanks to their unity and constructive and sincere cooperation, the manifestations of the Iranian Armed Forces’ deterrent power are evident all over the country’s border areas, he underscored.

The senior commander also hailed the active contribution of residents of border areas in upholding security, which he noted has frightened the counter-revolutionary elements.

Given that the adversaries and counter-revolutionary group lets seek to exploit problems and deprivations in border areas, the IRGC, in addition to efforts to maintain security, has taken effective strides to tackle these problems to ensure sustainable security, he added.

The Iranian Border Police, the IRGC Ground Force, and the Army Ground Force are tasked with protecting Iran’s land borders.