We are close to a nuclear deal: Former Iranian negotiator 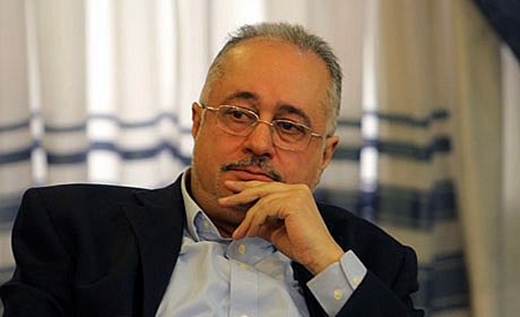 There has been general concern that after a deal on general outlines, talks about the details could run into trouble, setting the stage for the other side to take advantage of it, Sirous Nasseri said.

With nuclear talks between Iran and P5+1 growing more sensitive by the day, any comment by officials from either side of the bargaining table could upset the existing balance. Iran has said it favors a one-stage deal which encompasses general outlines as well as details. That idea does not seem to sit well with the Americans. What would come next if the talks collapsed?

In an interview with Khabaronline, Sirous Nasseri, a former Iranian nuclear negotiator when Hassan Rouhani was the secretary of the Supreme National Security Council, answered that question and more posed by the news website’s Saeed Jafari Pouya. The following is the translation of the interview the website posted online on February 14:

How would you evaluate the guidelines of the Supreme Leader and the reaction they drew from local and international circles?

The comments of the Supreme Leader came at a time when nuclear talks were at a sensitive stage. I believe more than anything else, they set the stage for progress. What the Leader said was wise and conforming to the path the negotiating team has been going down. That the Leader pointed out that no deal is better than a bad deal is another major point worth taking into account. All in all, in my opinion, now that the talks have arrived at a crucial stage, the Leader’s speech will have positive results for both the establishment and the public.

Following the Leader’s statement, Secretary of State John Kerry showed a rather harsh reaction and threatened that if the two sides failed to reach a political agreement by March 1, they would not carry on with the talks. President Obama, however, took a milder stance, yet he threw the ball in Iran’s court and blamed Tehran for the probable failure of the negotiations. What is your take on the American reaction?

Basically, there has been general concern that after a deal on general outlines, talks about the details could run into trouble, setting the stage for the other side to take advantage of it. As you may remember, in November 2013, an agreement on general issues was clinched and a series of commitments were defined for either side. But in January when details were being hammered out, the Americans and Europeans took advantage of any term which was open to interpretation.

In other words, anything which was interpretable was exploited by the Westerners. So, I believe specification of the details in the talks and correspondence between our measures and their behavior are of immense importance.

Because there is no international arbitration entity to refer to, we have to make correspondence between all measures [by both sides]. If we take a step, the other side has to do something which is commensurate with it, or if the other side fails to honor a part of its commitments, we should put a fitting response on our agenda. Of course, it is not an easy task. So the Supreme Leader’s comment that he did not approve of a general deal and wanted general outlines and details worked out together, is a concern shared by both the public and our experts.

As for your question, I must say that although the Americans have indirectly displayed negative reactions to the statement by the Leader, I think the negotiations have reached a stage that we will leave these issues behind. There is general agreement and details will be worked out through diligence of both sides. I have to reiterate it is tough.

So, are we getting closer or farther away from a nuclear deal?

I believe that we are close to a nuclear accord. I think in the coming weeks, the general outlines which are not necessary to be put on paper will be hammered out. Afterward, the two sides will discuss the details. I believe that the sooner we enter this stage, the better it will be.

Earlier you said that by March 21, we will clinch a deal, do you still stick to that statement?

I still believe that an agreement on general issues can be reached by March 21, and afterward the sensitive period of discussions about details will start. At present, common ground is there when it comes to many major questions. However neither side has officially accepted it. As for details, it is natural that things turn more sensitive, that’s why we should not rush; we must deny the other side the chance to take advantage [of the deal].

What is your prediction about the estimated duration of the second stage and the settlement of details?

In the New Year [starts March 21] talks will probably shift into high gear and grow more intensive. As the talks will be held at an expert-level, it will be easier to bring the nations together; such a trend will be more sustainable.

If such tenacity persists, conclusion of a deal by the deadline is within reach and probably at the beginning of the summer the talks will produce a deal.

Once more I have to stress that at this stage, our attention should be more focused on details and the measures by the other side rather than on the deadline. What matters most is that the commitments by the both sides should be determined and in case of failure by the Western side to honor its obligations, we should take a fitting response.

But the new [Republican-majority] Congress has threatened to slap fresh sanctions against Iran if no deal was reached by March.

I am not much concerned about political gimmicks. It is obvious to me that eventually the US administration won’t run the risk of putting an attainable deal at stake and take the consequences. If the US seeks to repeat and step up its past hostile measures, Iran will accordingly put harsh responses on its agenda.

I am not willing to elaborate on that. If fresh sanctions were imposed by America, our reaction would not be confined to a return to where we were prior to the Geneva deal. Iran would definitely take much stronger action which would cost America dearly and bring Washington back to the negotiating table.

Is the American side poised to clinch a one-stage deal?

I think they are. In light of efforts made and costs paid by both sides to get where they are now, they cannot afford to make miscalculations and miss this opportunity.

If no deal was struck, what scenario would lie ahead for our country? Should we expect fresh sanctions?

If it happened, which I think is highly unlikely, the general situation would take a turn for the worse for a short period of time. If the Americans opt for fresh sanctions, we can also put new measures on our agenda. For instance, we can deny the International Atomic Energy Agency (IAEA) access to our nuclear facilities. So we have some tools at hand to use in response. That’s why I believe escalation of the crisis won’t serve the interests of the other side.

Even if for a short period of time such a critical situation persisted, the Americans themselves or other international players would intervene to bring both sides back to the negotiating table. Still, sound reasoning, pure logic and deft diplomacy require grasping every opportunity. I am of the conviction that both sides are determined to strike a deal. I am also optimistic that their efforts will produce the intended results.

Over the past few days, with no exception, American newspapers and magazines, both Democrat and Republican, have warned President Obama against making any new concession; they have unanimously warned that in case of the collapse of talks, Iran will be to blame. But no measure has been taken by Iran to manage the public sentiments and media reports. There seems to be shortcomings in our public diplomacy. So in case of the probable failure of the talks, wouldn’t the sentiment turn against Iran? And wouldn’t that in turn render a return to the negotiating table more difficult?

We have to acknowledge that the American propaganda machine is firing on all cylinders and is present on the scene with a lot of ammunition. Naturally, it is difficult to compete with such a well-oiled machine. On the other hand, we have to admit that during the nuclear talks, we have failed to make the most of public diplomacy and media coverage both at home and abroad.

Officials at Iran’s Foreign Ministry and Foreign Minister Mohammad Javad Zarif have played an effective role in making things clear on the international stage, yet making speeches and official measures are not enough.

Foreign media keep working on the issue, releasing analyses and reports. It even seems that they [foreign media] at times pursue a single line of thinking. We should do the same thing. We need to demonstrate steely determination to fill the void.

Of course, the Foreign Ministry is performing well on the international front and has filled different countries in on the progress of the negotiations. However, as you said we haven’t fully tapped into our potential on the foreign media front.