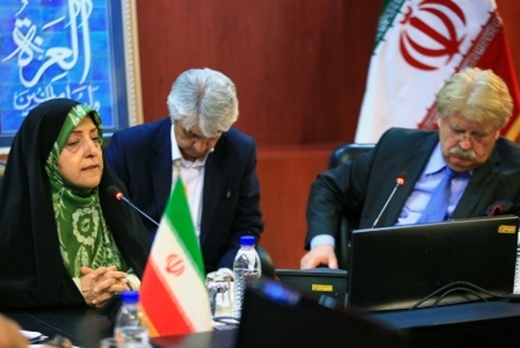 Iraq, Jordan, Syria and the Arabian Peninsula are the major foreign centers for the dust pollution in Iran, the director of the Iranian Environment Department said.

She said that regional cooperation is one of the most important ways to thwart degradation of environment and the dust pollution.

She said that implementing the plans for protection of environment proceeds very gradually due to deterioration of security situation in the region.

She emphasized that Iran’s efforts are focused on introduction of the real façade of Islam and help the region and the entire world get rid of menaces of terrorism and extremism.

Elmar Brok and members of EC Committee on Foreign Affairs said that Europe is ready for multilateral cooperation with Iran on environment.

‘Europe is also ready for cooperation on transfer of green technology to Iran,’ said Brok.

He said that there are similarities between Christianity and Islam and that both the divine religions have made strict suggestions on the need to protect the environment.