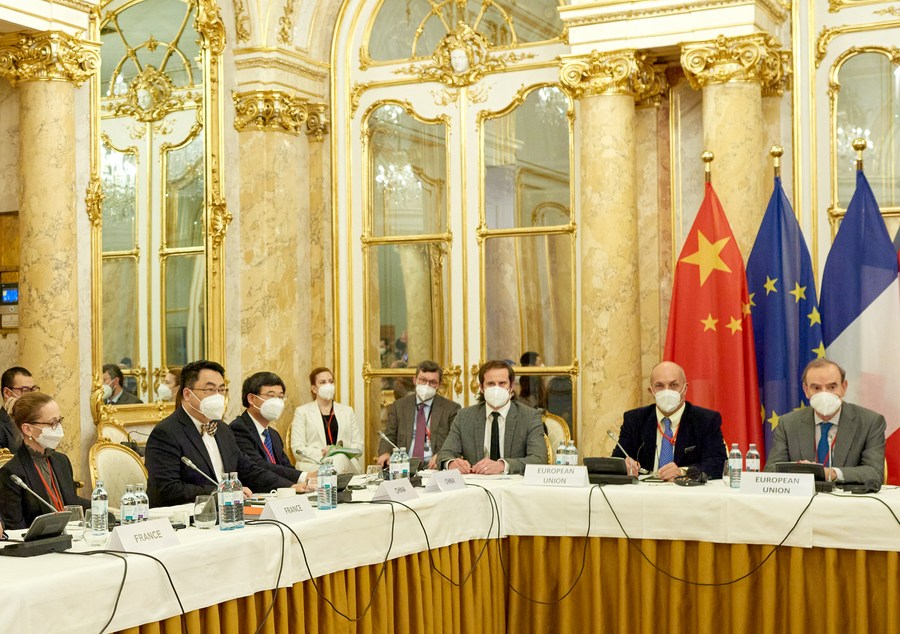 Progress made in the negotiations of Iran nuclear talks this week should not be underestimated although "a breakthrough is far from being achieved", a senior Chinese envoy said on Friday.

From Monday to Friday, the P4+1 group (China, Britain, France and Russia plus Germany), the European Union and Iran held in-depth discussions aimed at reviving the 2015 Iran nuclear agreement.

China hopes that each party’s consultation with their own governments during the adjournment of the talks until next week will inject new political impetus into the negotiations, stated Wang Qun, Chinese envoy to the United Nations and other international organizations in Vienna.

The talks helped other parties to increase their understanding of the position of the negotiation team of Iran’s new government, Wang explained.

China hopes all concerned parties will, during the adjournment of the talks, continue to work towards creating a good atmosphere for negotiations, he added.

China will continue to firmly support the resumption of the negotiation process between the United States and Iran, Wang noted, and to play a unique and constructive role working with all parties for achieving results at an early date.

During the five-day talks, Iran submitted draft proposals for the 2015 nuclear agreement, which the United States withdrew in 2018.

However, senior diplomats from Britain, France and Germany on Friday voiced “disappointment and concern after thoroughly and carefully analyzing Iranian proposed changes to the text negotiated during the previous six rounds.”

Wang stated after the meeting that dialogue should be continued so as to explore and expand consensus by focusing on the text and proposals on it, even though there are still differences.

The last round of talks over the restoration of the 2015 deal was held in June.

The US government under Donald Trump withdrew from the 2015 agreement in May 2018, and unilaterally re-imposed sanctions on Iran. Tehran has retaliated by gradually stopping implementing elements of the deal since May 2019.