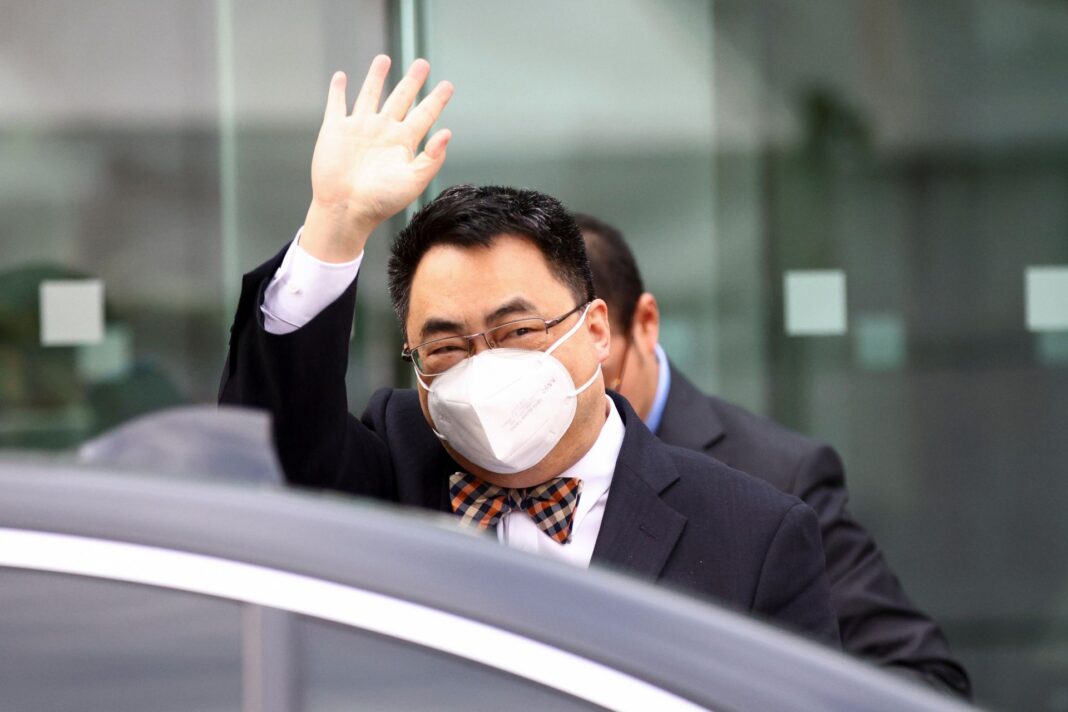 China says dialogue and negotiations are the only right way to solve the Iran nuclear issue, and that the United States should lift all related illegal sanctions against Iran and third parties, including China.

The remarks were made by Wang Qun, Chinese envoy to the United Nations and other international organizations in Vienna, said on Monday.

Welcoming Iranian Deputy Foreign Minister Ali Bagheri Kani’s first participation in the negotiations with a delegation from the new Iranian government, Wang stated that as the nuclear talks resume in Vienna “We hope that all parties concerned will seize the opportunity, adhere to the direction of political and diplomatic solutions, fully reflect goodwill and flexibility, respect each others’ interests, create a good atmosphere and creatively resolve the outstanding issues through negotiations.”

The United States, as the originator of the current Iran nuclear crisis, should lift all related illegal sanctions against Iran and third parties, including China, in order to regain the trust of the international community, while Iran should again comprehensively fulfill its obligations on this basis, Wang noted, adding that China will continue to defend its legitimate rights and interests in the lifting of sanctions and other aspects.

Wang stressed that China has always been committed to upholding the comprehensive Iran nuclear agreement and has worked hard to promote the resumption of the Iran nuclear talks.

China has also conducted intensive communication and coordination with Russia, Iran, the United Kingdom (UK), France, Germany, the United States, the European Union and other relevant parties at different levels with the aim of promoting the resumption of negotiations and making progress as soon as possible, Wang added.

“China will continue to practice genuine multilateralism, participate in the next phase of negotiations in a constructive manner, and work with all parties to promote the early achievement of results in this negotiation,” Wang noted.

Wang made the remarks as the Iran nuclear talks resumed here on Monday after a hiatus of more than five months. Diplomats from China, Russia, the UK, France and Germany, as well as Iran, convened at the Palais Coburg hotel, where the 2015 nuclear deal was signed. The US, which withdraw from the 2015 agreement in May 2018 under former President Donald Trump, was taking part in the talks indirectly.

Iranian Foreign Minister Hossein Amir Abdollahian said on Friday that his country was serious about the upcoming nuclear talks and wanted “a good and verifiable agreement.”

The previous round of talks on the restoration of the 2015 nuclear deal, formally known as the Joint Comprehensive Plan of Action (JCPOA), was held in June.