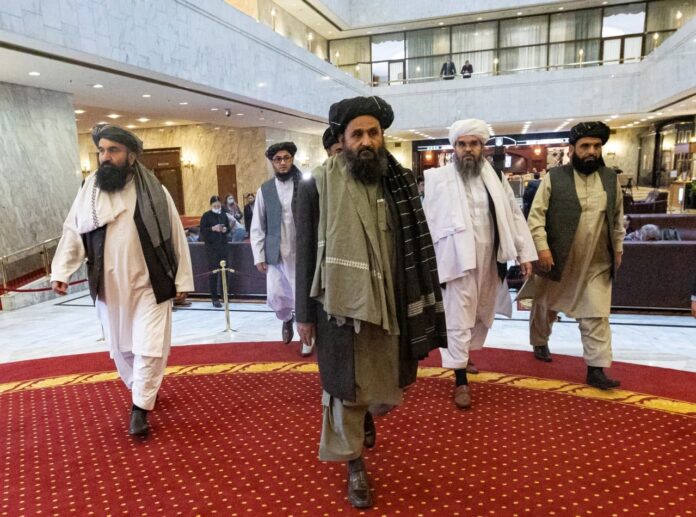 Special envoys of China, Russia and Pakistan held talks with top officials of the Taliban interim government and other senior Afghan leaders to discuss the recent developments in the war-ravaged country.

The envoys met with the acting prime minister of Afghanistan’s interim government, Mullah Muhammad Hassan Akhund, among other officials, Zhao Lijian, a spokesperson for the china’s foreign ministry, told a regular press briefing.

The officials discussed the recent development of the situation in Afghanistan, Zhao added. The meeting discussed inclusiveness, human rights, economics, humanism, and Afghanistan’s relations with neighboring nations, he added.

During their visit, the envoys also met with ex-Afghan President Hamid Karzai and head of the Afghan National Reconciliation Council Abdullah Abdullah, Zhao said. They talked about promoting peace and stability in Afghanistan, he added.

Yue reiterated China’s policy on not interfering in Afghanistan’s internal affairs, the spokesperson said. During his time in Kabul, the Chinese envoy said China has been playing a constructive role in the political solution of Afghan issues.