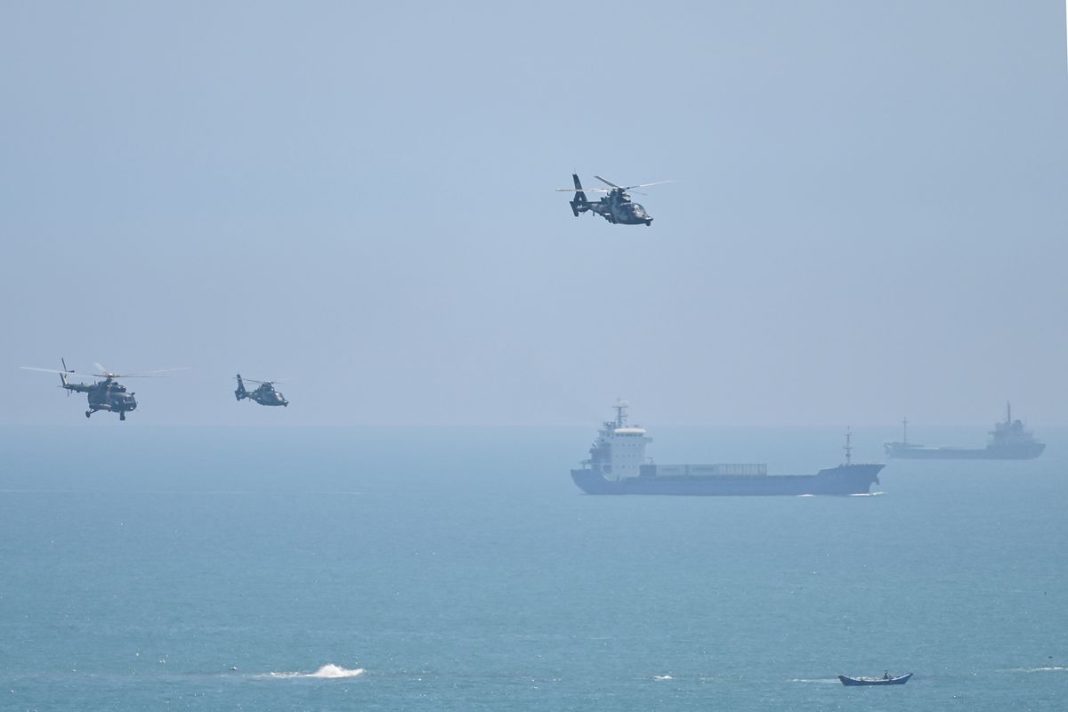 The Chinese People’s Liberation Army (PLA) has launched large-scale military drills with live fire exercise in six areas around Taiwan, China’s Central Television reported on Thursday. A recent visit by Nancy Pelosi, the US House of Representatives Speaker, to Taiwan, has prompted a harsh response from Chinese officials.

According to the TV channel, drills kicked off at 12:00 local time, and will continue till August 7.

Taiwan’s Central News Agency reported earlier that three out of the six areas of China’s drills overlap with the waters Taiwan’s administration considers as territorial waters.

China’s Global Times reported on Wednesday that the drills will involve J-20 and J-11 fighter jets, H-6K strategic bombers, 052D project torpedo boat destroyers, 056A project corvettes. Apart from that, the Chinese army will use DF-11 shorter-range ballistic missiles and DF-17 hypersonic systems. It is planned to fire conventional rockets directly over Taiwan to hit hypothetical targets east of its coastline.

According to experts, five of the six drills areas are located east of the so-called median line in the Taiwan Strait, which is considered as a hypothetical border between mainland China and the island.

The drills were announced shortly after Pelosi arrived in Taipei.

The Chinese People’s Liberation Army launched missiles with conventional warheads into the water areas east of Taiwan in large-scale drills around the island, Spokesperson for the Chinese Army’s Eastern Theater Command Senior Colonel Shi Yi said in a statement on Thursday.

“On the afternoon of August 4, the missile troops of the Eastern Theater Command of the Chinese People’s Liberation Army conducted launches of missiles with conventional warheads against many water areas east of Taiwan,” the statement reads.

All the missiles accurately hit the notional targets in the designated areas of the drills, the spokesperson added.

A China’s top diplomat has denounced Pelosi’s visit to Taiwan as a “complete farce,” warning that those who “offend” Beijing will face consequences.

Speaking to reporters on the sidelines of a meeting in Cambodia on Wednesday, Foreign Minister Wang Yi slammed Pelosi’s junket to the island, deeming the trip a provocation as Beijing considers Taiwan part of its own territory.

“This is a complete farce. Under the guise of ‘democracy,’ the US is violating China’s sovereignty,” he said, adding that “These perverse actions will not alter the international consensus on the One China principle, nor the irreversible historical trend that Taiwan will return to the motherland.”

“Those who play with fire will perish by it, and those who offend China will be punished,” he stressed.