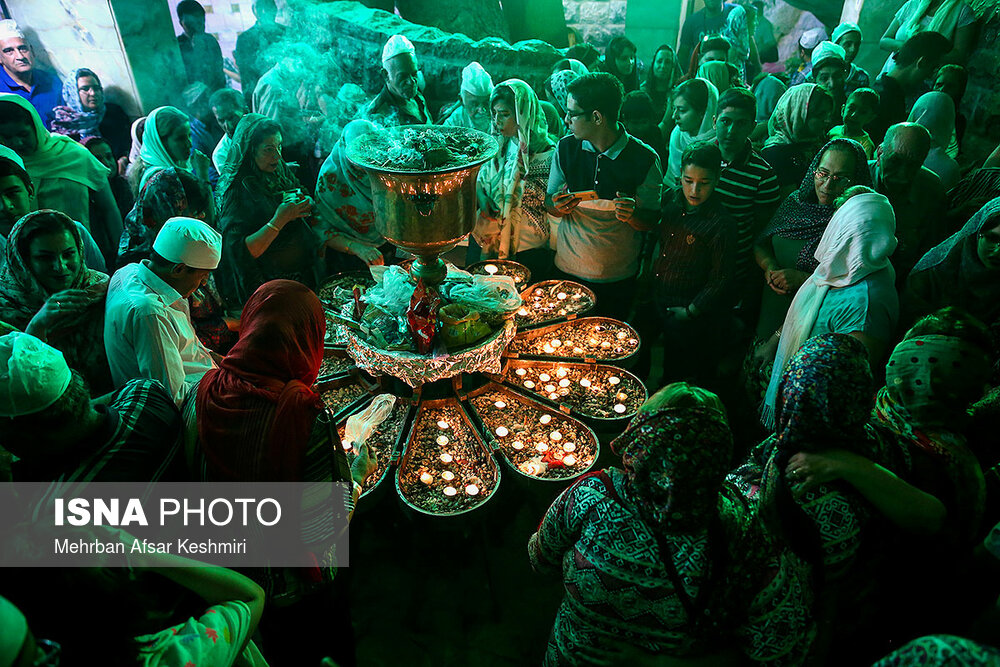 Thousands of Zoroastrians from Iran, India and other countries are flocking to the ancient fire temple of Pir-e Sabz or Chak Chak in central Iran for an annual pilgrimage.

The Chak Chak fire temple, located 43km east of the city of Ardakan in Yazd province in central Iran, is the most sacred of the mountain shrines of Zoroastrianism.

The congregational pilgrimage is observed inside a cave, where an “eternal” flame is kept alight.

At the ceremony, which is a socio-religious ritual, the Zoroastrians first ignite a fire at the Pir (shrine) by lighting candles and flames. Then they worship God, and gather at the site to pray in hope of a better future and to wish for the well-being of Zoroastrians.

In Zoroastrian belief, Chak Chak is where Nikbanou, second daughter of the last pre-Islamic Persian ruler, Yazdgerd III of the Sassanid Empire, was cornered by the invading Arab army in 640 CE.

Fearing capture Nikbanou prayed to Ahura Mazda to protect her from her enemies. In response to Nikbanou’s pleadings, the mountain miraculously opened up and sheltered her from the invaders.

Notable features of Chak Chak include the ever-dripping spring located at the mountain. Legend has it that these drops are tears of grief that the mountain sheds in remembrance of Nikbanou.

Growing beside the holy spring is an immense and ancient tree said to be Nikbanou’s cane. Legend also has it that a petrified colorful cloth from Nikbanou was also visible in the rocks, although pilgrims have since removed it.

Here are ISNA’s photos of the ongoing gathering of Zoroastrians in Pir-e Sabz: