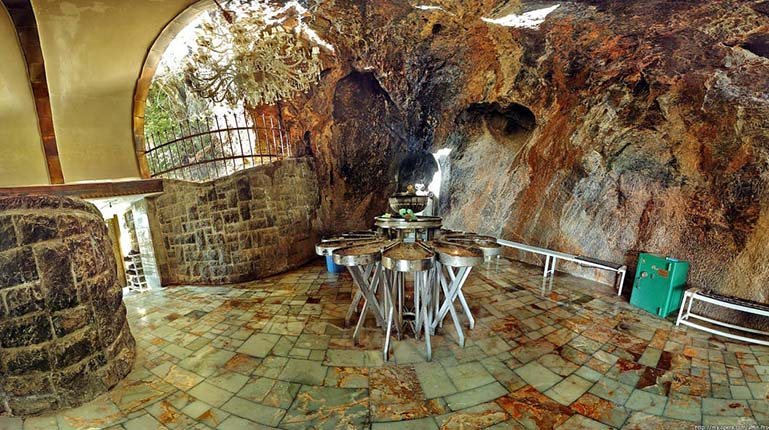 Chak Chak is very popular with both Zoroastrian pilgrims and Muslim tourists. But between June 14 and 18 each year, it is only open to Zoroastrian worshipers.

Chak Chak, also known as Pir-e Sabz, is a Zoroastrian house of worship 52 km to the northeast of Yazd, in central Iran.

The holy site was named Chak Chak [drip drip] because of the sound of water drops that fall from its rocky ceiling.

The site is believed to be the sanctuary where Nikbanou, a Sassanid princess, took refuge to protect herself from an Arab invasion. Later a shepherd is said to have been ordered by Nikbanou, in his dream, to build the holy house.

Chak Chak is very popular with both Zoroastrian pilgrims and Muslim tourists. But between June 14 and 18 each year, it is only open to Zoroastrian worshipers.

A number of candles are always burning at the pilgrimage site whose walls are graced with the icons of Zoroastrian scholars. There are containers on the temple floor to collect the dripping water which is later given to pilgrims as holy water.

The following are images of the holy site released by different websites: