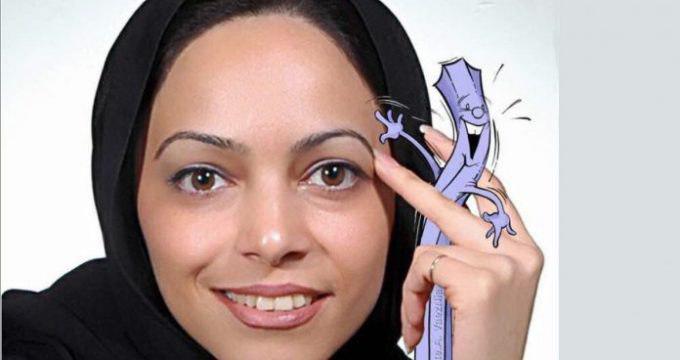 On the sidelines of the First Art Festival of Farsi-speakers in Europe, the solo exhibition of Iranian cartoonistPante’aVaeznia will be held with the theme of ‘Women's rights in Iran’.

Vaeznia, a well-known cartoonist who has worked for Gol-Agha satirical magazine and other periodicals in Iran, said, “I believe in spite of the grossmisrepresentationof Iran by some foreign media, the Iranian women are very active in all social, cultural, political areas and otherfields.”

“Indeed, some of the limitations that exist for women have made them more motivated,” she added, according to a Farsi report by Honar Online news agency.

Vaeznia, who had previously workedin TV series of popular Iranian director Mehran Modiri, stated that the patriarchal society of Iran has never led to the passivity of housewives, but instead has given them the chance to make more efforts to shine.

She also noted that this exhibition has a realistic look at women and their rights in today’s Iranian society.“In recent years, Iranian women have drawn closer to achieving their real social status.”

“By organizing this exhibition, I try to change the non-realistic opinion of Iranians living abroad about the status of Iranian women, and to persuade them to be realistic,” said Vaeznia, adding that“I actually want to depict the opportunities and threats facing Iranian women in my works.”

“Had all of us (Iranian women) spent a bit of this energy on working instead of complaining about our rights, perhaps today we could have been witness to the greater presence of women in the community,” she went on to say.

She also underlined that most women, who complain abouttheir rights, are the main violators of women’s rights by their behaviour and thinking.

She also pointed out that “in this exhibition I will do my best to change this attitude.The audience at this exhibition is supposed to look at some cartoons which depict the problems and shortcomings that women face in society next tothe success of Iranian women.”

Persiana Art and Culture Associationintends to host the First Art Festival of Farsi-speakers in Europe in Paris in January 2018.