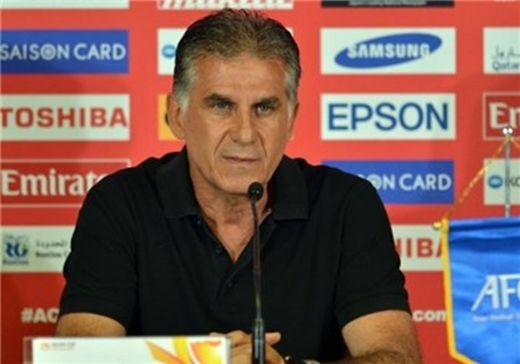 The Iranian national football team coach says that Qatar is a good team and the match against them is a big challenge for Iran.

Iranian national football team’s coach, Carlos Queiroz, said that the match against Qatar in the 2015 AFC Asian Cup is difficult for his team.

Three-time champion Iran, who have started the competition with a 2-0 victory over Bahrain, will face Qatar on Thursday at the Australia Stadium.

“We expect a difficult match against Qatar. They are highly motivated after winning the title in the Persian Gulf Cup,” Queiroz said in a pre-match press conference.

“Qatar is a good team and I think the match will be a big challenge for us. They have played 14 friendly matches so far. Anyway, we want to enjoy the match. My players can even fly or swim to reach their goals,” the Portuguese added.

“We are ready to show a good performance against Qatar. we have to try to be very well disciplined against them,” Queiroz noted.