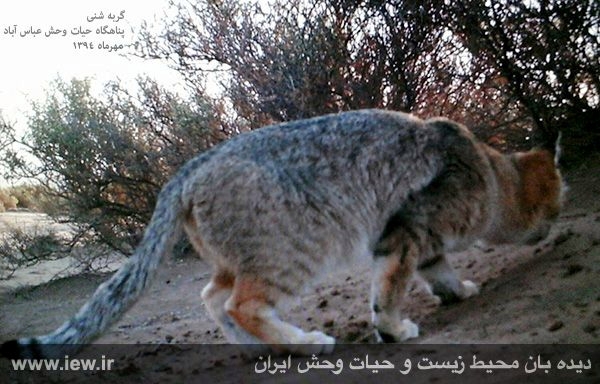 An official at Isfahan provincial Environment Department has said the recent image of a sand cat captured by camera traps in Nain has paved the way for research on the conditions of wildcats in the province.

Recent image of a sand cat captured by camera traps in Abbasabad Wildlife Sanctuary, in Nain, has paved the way for research on the conditions of wildcats in Isfahan Province, the deputy director for supervision and monitoring at Isfahan provincial Environment Department said.

Saeed Yousefpour said, “Of the eight species of Iranian wildcats, six have been sighted in Isfahan Province so far,” adding that all of them are believed to be still inhabiting Isfahan. He also highlighted the need for further research as well as continuous and precise monitoring in this regard.

He went on to say, “The conditions of the animal habitats, behavior of animals and their distribution must be studied. Also continuous genetic studies should be carried out in this field.”

Yousefpour said that the evaluation of the biological behavior of sand cats and their habitats has got underway in five provinces and added, “Isfahan is one of the five provinces where the studies are being conducted.”

He went on to say, “Comprehensive studies into wildcats are expected to be conducted in cooperation with a university in Isfahan Province to raise awareness about the danger of their extinction.”

The deputy director concluded, “In line with the implementation of the project in the province, images of the cats were captured and that set the stage for the assessment of the conditions of wildcats in the province.”