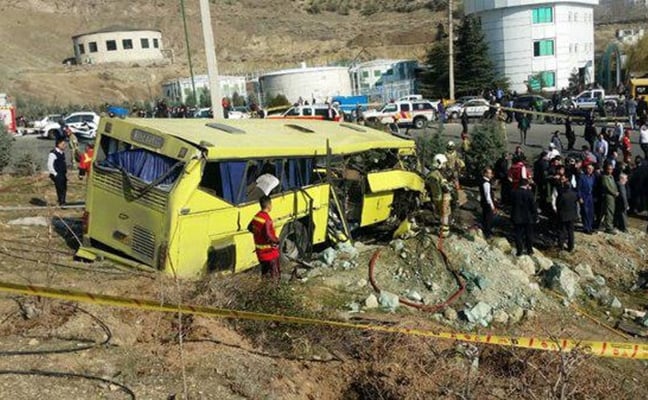 A bus carrying students has rolled out of the road at an Iranian university in northwest Tehran on Tuesday, leaving at least seven dead and over 20 injured.

The incident happened at the Islamic Azad University’s Science and Research branch in Tehran.

Ebrahim Kalantari, an IAU official, said eye witnesses have reported the incident happened after the driver suffered a heart attack and lost control of the bus.

Over 20 ambulances were dispatched to the location, he said, adding that the injured were immediately transferred to hospital.