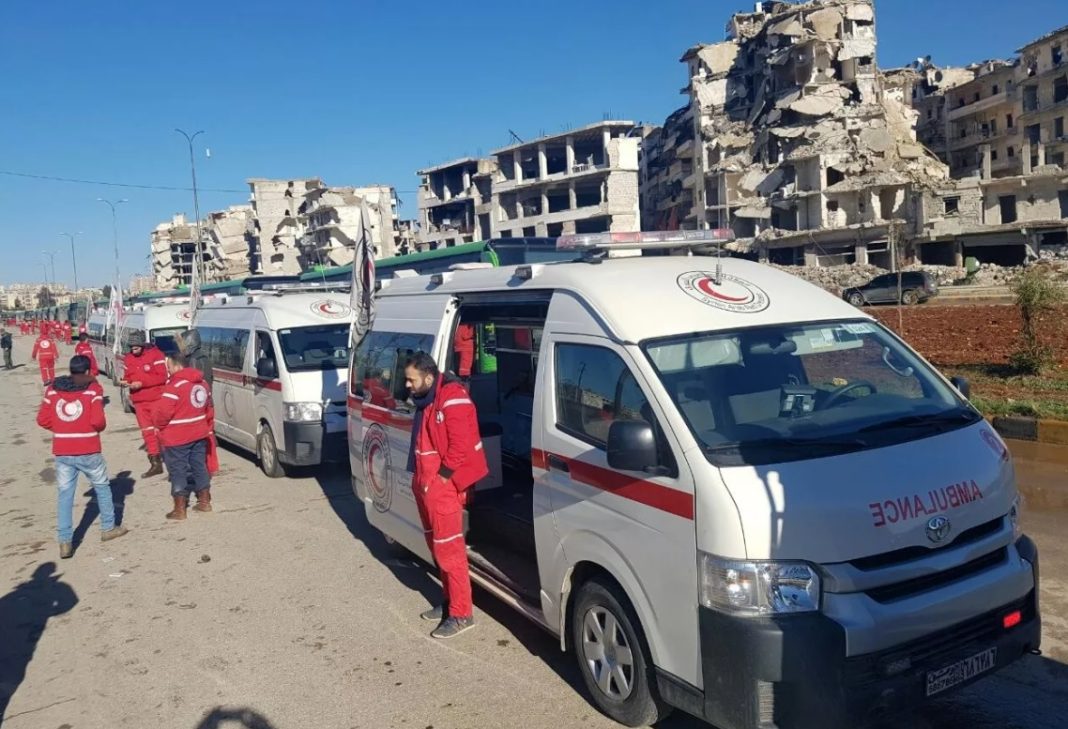 A five-story residential building collapsed in the Syrian city of Aleppo on Sunday, killing at least 15 people, including five children.

The incident occurred in the Sheikh Maqsoud neighborhood, Syrian broadcaster reported. According to preliminary data, as many as 30 people may remain under the rubble.

Firefighters and civil defense forces are reportedly working on the scene.

The incident occurred due to water leakages into the foundations of the building, a source in Aleppo’s civil administration told Sana.

Five children were among the dead, according to a report.

The Sheikh Maqsoud area is home to many Syrian Kurds, who fled from Afrin after Turkey launched an air and ground offensive on the area in January 2018.

In September, 10 people were killed including three children after a five-storey building collapsed in Aleppo’s Ferdaws neighbourhood.