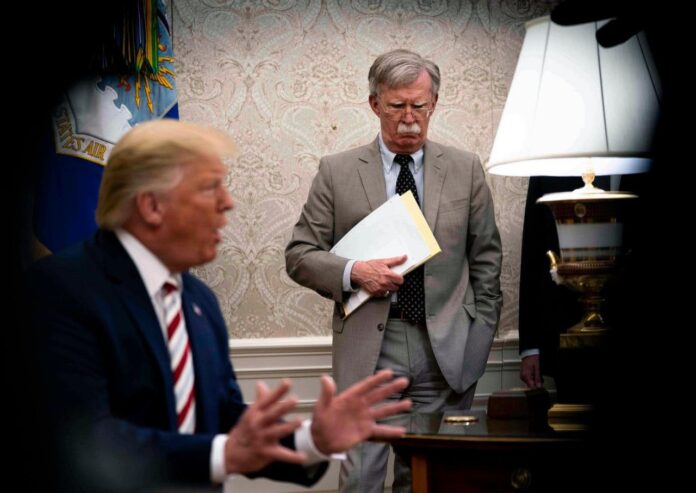 The dismissal of US National Security Advisor John Bolton has been met with mixed reactions in Iran.

In one of the first reactions, Iranian Foreign Minister Mohammad Javad Zarif was quoted as saying that Tehran does not express any opinions about the United States’ internal affairs.

“Zarif’s response to an American reporter asking for a comment on John Bolton’s firing: We will not be issuing any statement on US internal affairs,” Foreign Ministry Spokesman Seyyed Abbas Mousavi wrote in a Tuesday tweet.

Iran’s Ambassador to the UN Majid Takht -Ravanchi also described Bolton’s removal as a domestic issue of the US.

“The issue of changes and developments within governments is a domestic issue and exists in all governments,” he says.

“The replacement of Bolton is one such issue, and we take no position on countries’ internal affairs,” adds Takht-Ravanchi.

However, President Hassan Rouhani’s Chief of Staff Mahmoud Vaezi has implicitly hailed the dismissal by describing Bolton as the “enemy of diplomacy.”

“Bolton’s hawkish, interventionist and destabilizing policies during the short period of time that he served as US national security advisor finally proved fruitless and failed and resulted in his expulsion from the White House,” says Vaezi.

“John Bolton promised months ago that Iran would no longer exist in three months’ time, but we still stand and he is gone, the same way that all anti-Iran elements left one by one,” says Rabiei.

“With the dismissal of the major supporter of economic terrorism and war, the White House will now face fewer impediments in realizing the realities of Iran,” Rabiei adds.