Bob Dylan: Shakespeare of Songwriters or a Popular Artist? 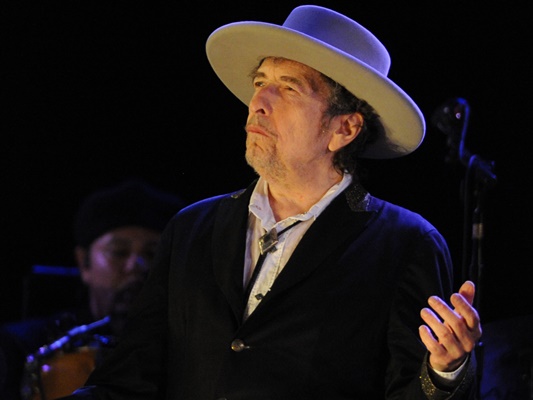 The awarding of Nobel Prize to the American songwriter Bob Dylan has been criticized by many literati, writers and poets who argue the Swedish Academy has unfairly categorized musicians and songwriters under the title of literary figures. However, the decision has its own proponents.

Yes! And you’re definitely not the only one who got quite a shock. The literati, writers and poets were also shocked to the core and expressed criticism and derisive comments when they heard the Nobel Prize in literature for 2016 was awarded to Bob Dylan. On the other hand, it was predictable that musicians, filmmakers and some of the politicians would advocate this unexpected, controversial decision made by the Swedish Academy.
Here is IFP’s translation of a report by DT Online news website about the recent Nobel Prize given to Dylan:

Undoubtedly, there is an important and clear message behind giving the Nobel Prize in Literature to Dylan who is more known as an icon of American folk and country music than a man of literature. The message implicates that the Swedish Academy is opening doors to new manifestations of art; classifying them as the elites of the art world. What’s going on? What happened to the contrast between the academic definitions and the popular ones or the alignments between the elites and common people? Have they faded away?
Nobel Prize is a significant award from several perspectives. It is not a Grammy or a door that opens to Rock and Roll Hall of Fame. Therefore, it is not easy for the literati, artists and historians to believe that Dylan has become a Nobel Laureate. This decision is a decisive factor in the future of songwriters and musicians as they will be expecting to be a winner of the prize under the title of literature.
They have practically set the precedent by choosing Dylan and certainly the world will see more musicians and songwriters among the Nobel Laureates in the years coming. The Academy delivered a clear message: From now on, songs are categorized as part of literature and the singers are classified as writers and poets!
It gets more interesting when we come to know that Dylan is in fact an artist of American country music who turned to Rock music in the sixties. He combined Rock and Roll with classical and literary poems; hence, his influence is more acceptable on the American culture and music rather than the world music.
Therefore, when the 2016 Nobel Prize goes to a Dylan who has been into music for over five decades, we can conclude that it’s somehow an appreciation of American culture and its influence.
Of course, it merits a mention that Dylan has a mastery over using literary devices, terms and elements in his songs. He is known by many of his contemporaries as the Shakespeare of music and song. He won the special citation of Pulitzer Prize in 2008 because of the profound impact of his works on American popular music and culture.
We can also look at it from a different perspective. We can assume that it was a rare occurrence that happened only once to an exceptional musician. An occurrence that attests to the unbreakable bond between literature and music.
We can also assume that the concept of literature in today’s world has expanded in the Swedish Academy’s view. At the time when the Academy was founded, literature, with regard to its elitist concept, was the most fertile ground for the promotion of human’s culture. Today, however, through the development of popular culture, other factors can also be effective on continuing the path of classical literature.
Therefore, it is not so far-fetched that someday we hear that Steven Spielberg or Stan Lee have won the Nobel Prize.
It seems that from now on, the influence, ingenuity and heritage that remain are the only things that matter. No matter which side of the line you are standing; just like Dylan.