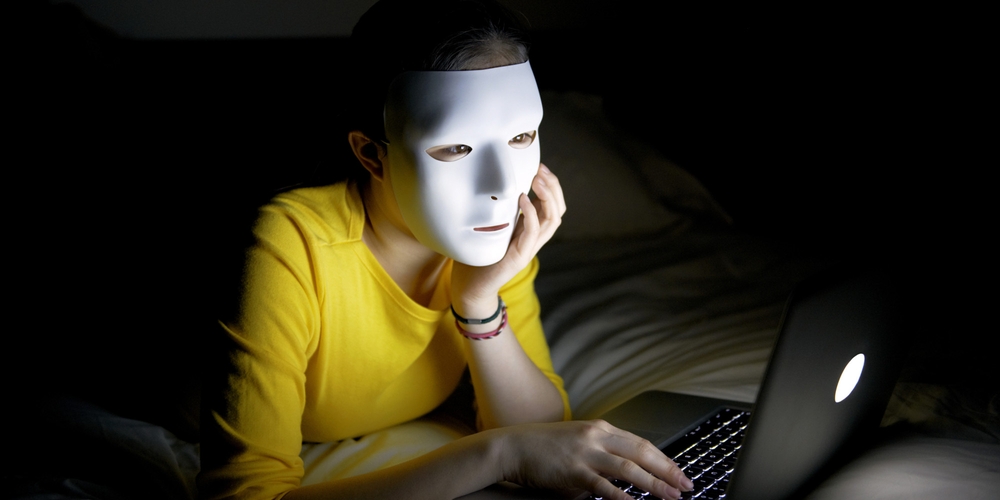 A campaign has been recently started in Iran to block and ignore the netizens who abuse the Internet and insult other people, especially celebrities.

These days, even those taxi drivers who have the “drive between the lines” sticker on their cars do not observe it.

Therefore, you cannot correct a wrongdoer in the cyberspace by simply blocking them. The people who lavishly use swear words on the Internet are required to learn the culture of using the Internet by taking some social and cultural psychology courses.

Here is IFP’s translation of a report published by Aftab-e Yazd newspaper about a recent campaign for blocking impolite internet users.

The use of swearwords in the Internet has a long history, and is as old as social networking websites.  Bozorgmehr Hosseinpour, a cartoonist and journalist, has run a campaign calling on internet users to block those who make net surfing an undesirable experience.

Hosseinpour released a statement in his Instagram page, and said, “I want to run a blocking campaign with your help. If you are on a page, skim the comments and block the users who have used swearwords in their comments. No matter whom they are insulting: whether it is you, Lionel Messi, Mahnaz Afshar [famous Iranian actress] or Cyrus the Great, or even their own fathers! We block them because they use expletives and coarse language.” 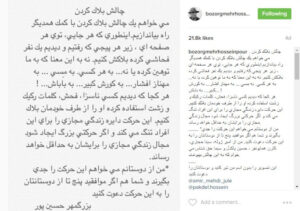 In his statement, he asked his followers to invite at least five of their friends to join the campaign and added, “We can constrain the scope of their life and activities on the Internet; so I ask my friends to take this seriously.”

Ali Karimi, who is now a retired football player, announced on his Instagram that he has joined the campaign and raised heated discussion among the opponents and proponents of the spontaneous social movement.

Houri Dehqanshad, a professor of communication studies, believes that blocking these people is not productive.

“By blocking an internet abuser, you’ll only exclude him from your life; however, this person can simply build a brand new Instagram account and start pestering anew,” she explained.

Dehqanshad referred to the campaign as a transient social movement and said, “The movement will die out sooner or later and the culture of bad words on the Internet will survive. Internet users should develop the culture of cyberspace and learn that they do not have to resort to expletives for showing their disagreement.”

She also underlined the necessity for holding social and cultural psychology classes for ill-mannered internet users.